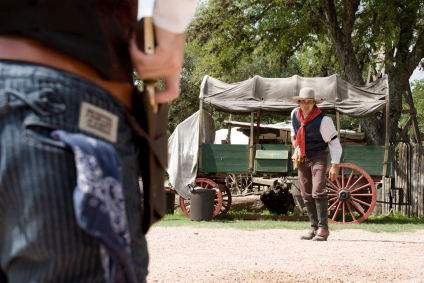 In the old west if the local towns people had a problem with rustlers or land barons using machiavellian tactics to intimidate them, then all they had to do was call in a Gunslinger for hire to help vanquish the rapscallions. Well at least that’s how it worked in the old west that Hollywood portrays in the movies. Normally none of the local people had any skill at handling a pistol in a gunfight and this is why they had to turn to a hired gun. This is the same situation that many computer business owners are faced with when it comes to selling managed services.