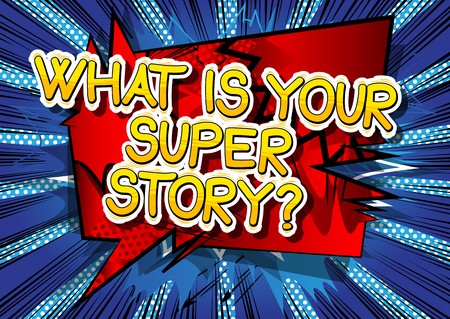 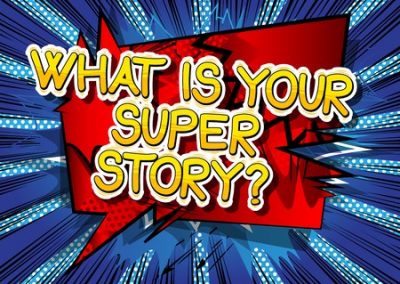 MSP marketing often has a direct approach that describes the products and services a company provides, how to get them, why they are necessary, which aspects outshine competitors, and everything else that accompanies such strategies. There is certainly a place for this kind of marketing in your MSP, but you want to employ multiple strategies. One that is increasingly recommendable involves telling the story of how your business came to be. People can identify with a good story–especially if it’s of the “rags-to-riches” variety. This helps your clients identify with you, and empathize with the plight of your operation–even should it be a profitable one. However, telling your story isn’t always going to be easy. It can be hard to know where to start. Following are several tips that should help point you in the right direction:

Have you seen superhero films today? Almost to a film, each one starts out with the origin story of the titular character. Usually, some “average Joe” is thrust into a situation that he must succeed through deep personal sacrifice. When he “awakens” after this situation, he has become the demigod-type individual we know as a superhero. Your MSP marketing should tell the same kind of story. Develop your origins for the reader. Go on about how difficult things were starting out and what it was exactly that drew you to providing the products or services that you do.

Silhouette that Tale in The Hero’s Journey

Every good origin story has a bad guy and a good guy. Your MSP is obviously the good guy. The “bad” guy could be pricing, underhanded ethics, or even legitimate criminality like that which silhouettes black hat tactics.

If you’re unfamiliar with the total “Hero’s Journey”, it goes like this: an “everyman” type individual sees a need and is thrust into a situation where he must “man up”. As he does this, he faces insurmountable odds, unpredictable difficulties, and fierce danger. It culminates in this individual confronting a dark evil and coming away the victor. Star Wars is basically the epitome of the hero’s journey–the original trilogy (IV, V, and VI) that is. The prequel trilogy is basically the antihero’s journey, and the new films are a money grab by Disney. But you get the idea! Luke Skywalker came from nothing and became a core point of illumination for the entire galaxy. Well, think of your MSP as Luke Skywalker and try to tell your tale with the same levels of breathless wonder. canlı bahis siteleri

Once You’ve Reached a Climax, Close with a Call to Action

Now in Star Wars, we saw Luke Skywalker training and using “the force”. But we never really understood how he did it. We just saw that he was doing it. The films didn’t train us in the methodology behind his technique. That’s where things differ for your MSP’s origin story as patterned after the hero’s journey. Once you reach the climax of the tale, you want to pique the interest of the reader so that they follow a link to your primary website and begin patronizing your business. This is done with a call to action, but you don’t want it to have a sales kind of feel. Rather, it should be an inquisitive type of thing. For example, “Would you like to know how I did it?”, or “Do you feel like you want to learn more?”.

Your MSP marketing strategies are likely to be more successful if a good story is told. Everybody loves a good story. Reading one is a pleasure, rather than a chore. Additionally, you become more humanized as an organization. When your readers–who should be potential clientele, if you’ve targeted your online marketing right–can relate to you, then they’re more likely to work with you. Accordingly, figure out what your origin story is, and the best way to tell it. Then write that story out, build to a climax, and get potential clients to visit your site.

Lliam’s experience in the IT industry spans over 25 years. He has served as a field tech, systems engineer, project manager, software developer and business consultant for FORTUNE 500 companies and many other businesses (including Nokia Cellular, NAPA Auto Parts, Eli Lilly, HGTV, Crozer-Keystone Hospitals, Bethco Inc., Optima Technologies and BravePoint), and chief executive officer. In 1995, Lliam founded MIS Solutions, Inc. in Suwanee, Ga., to help small Gwinnett County businesses leverage their technology to grow and achieve their goals. Today he architects Managed IT and Cloud Strategies strategies to help simplify technology, increase productivity and deliver a competitive edge for small companies in the Atlanta metro area plus they now provide local IT Services and IT Support in Orange County as they now have an Orange County IT Support office— this locations allows them to provide local IT consultant services to Los Angeles. In Addition, through the addition of affiliate offices in Chicago, Las Vegas, Los Angeles Boston, Clarkston, Mass., and its partner network, MIS provides coverage in all 50 states. MIS Solutions is focused on helping companies with 10 to 150 computers on their network. We provide a fixed-fee approach to ensure that your network and technology "just work". Some of our core industries are insurance, healthcare, manufacturing, law firms and CPA's. MIS Solutions provides both on premise (in your office) and private cloud solutions. For more information about MIS Solutions, visit: www.mis-solutions.com or email me at: lholmes@mis-solutions.com.