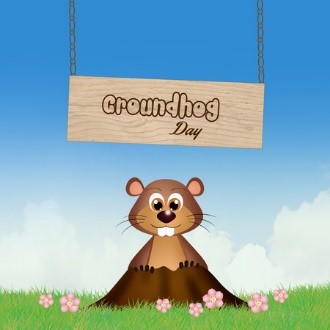 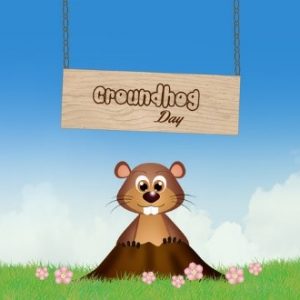 Don’t Get Caught in a Loop

Your MSP business can find itself in the position of Bill Murray from “Groundhog Day” if you aren’t careful. If you’re unfamiliar, this is a comedy film about a man caught in a seemingly infinite time loop. Every single day he awakens, the same events endlessly repeat. He wakes up to the same song, the same job, the same people–he’s stuck and doesn’t know why. The solution becomes breaking the negative aspects of this lifestyle to produce a positive, real change. Your MSP can be caught in a business cycle that essentially feels like Bill Murray’s plight in “Groundhog Day”, and getting out of it involves recognizing a similar kind of practice as the character Murray plays. Following are five things from the film you can apply to your business:

No Man is an Island

Your MSP business doesn’t exist in a vacuum. It is part of a community involving clients, business partners, competition, vendors, marketers, and media. Though you may not be venerated to the level you feel you deserve, you are a part of a financial ecosystem. Recognizing your role and conducting business accordingly is more conducive to profitable operations. Bill Murray has to learn this lesson in “Groundhog Day.” Your MSP would do well to learn it also.

Bill Murray always wants to clown around, but as he goes through the same day over and over again, he begins to work in such a way that those who he’s come to know may benefit from him. It isn’t strictly fun, but the end result is better than what happens when all you do is try to enjoy yourself.

Quitters aren’t Those Who Overcome

Bill Murray takes a diversion from your MSP’s situation in that he soon discovers, after allowing a groundhog to drive a truck over an escarpment, that he cannot die in the endless day. Your MSP can very well quit profitability, and all that is necessary for this to happen is giving up.

You can never give up. You have to be an overcomer, but to overcome, you must know where you’re trying to go. You need to have your eye on the prize. Set goals for your business and overcome obstacles to achieve them.

In order to romance a woman during the endless day, Bill Murray learns her proclivities and goes about trying to please her with tricks rather than being straightforward and honest. If he’d have done things altruistically, he’d have gotten the girl immediately, but his personality defects prevented him from doing so. Trying to take shortcuts just delayed gratification. With your MSP, it’s much the same. You can’t overcharge clients or push services they don’t need to buffer profit. This ends up irritating them, they’ll leave and you’ll get a bad report. Rather, you need to educate clients and provide value legitimately. It may seem to take longer, but you’re really saving time.

Your operation needs to carefully consider the goals it’s made to see if they are still applicable. Sometimes, you do better than you would have expected, and remaining aimed toward the same target will short you on potential. Other times, you’ve aimed too high or in the wrong direction.

Your MSP business can get out of its rut and into profitable areas of egress by examining goals, avoiding shortcuts, overcoming problems, working hard and understanding your place in the technological ecosystem where you function. It may take time, but if you work hard, you’ll see profit directly or collaterally.

Robert Naragon is the Founder and President of ITQue, Inc. (pronounced "i-teek"), an Managed IT Services based in San Jose and Campbell that provides IT Support in San Jose. ITQue provides a wide range to IT services to San Jose based companies. And ITQue provides managed services to help San Jose small and mid-sized businesses increase productivity and profitability with customized, flexible hybrid cloud and IT outsourcing solutions is San Jose. Prior to ITQue, he was the Founder and President of VistanetIT, Inc., also based in Campbell, a IT Outsourcing Provider to small and medium-sized businesses in San Jose.