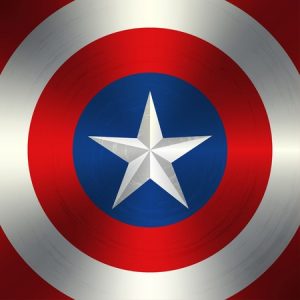 Your MSP company as a group has a lot in common with Steve Rogers, more popularly known as Captain America. If you’re unfamiliar with the story, Captain America is a superhero who started out as a scrawny little New Yorker. Before he became strong and powerful, he was just a little guy with a big heart always fighting to succeed, even though he was limited in terms of physicality. However, what Steve lacked in terms of physicality, he more than made up for in terms of determination. It was this determination that led him to a point where he could be totally transformed so that he eventually came to be known as Captain America.

Your MSP may start small, but if you’ve got internal determination, you can see big success. It may take time, but you may very well come to have technological superpowers through designing innovative operational techniques.

Consider McDonald’s, a restaurant chain that’s now international, which developed from several guys innovating food preparation techniques. They didn’t invent something new; they adapted existing means of operation. You can do something similar with your MSP. So, with this attitude of optimization and determination based on internal strength, consider the following lessons that can be learned from Captain America:

A Core Center of Morality

Your MSP company may have a variety of core drives influencing operation. Whatever drives you, make sure you stick to it and build your operational solutions around living up to it. Your core ideal could be helping clients make cloud transitions. It could be building the best on-site server arrays. It could be idiosyncratically designing security solutions that are always of the most cutting-edge variety. It could even be some combination of all these. Whatever you do, be like Captain America: know your convictions, and stick by them no matter what.

Have Something to Stand For

The fact that you’re an MSP who isn’t using black-hat techniques to make money says you’ve got something to stand for. If you understand tech, then you know black-hat techniques make attaining riches easy. This is just immoral. To an extent, just by doing what you do, you’re standing for something. Remember that. Remember how worthwhile it is to make technology legitimate, rather than exploitative. Stand by that. America can be the world’s benefactor or something not so beneficial. Captain America understands the duality and stands for the good. You should see this similar truth silhouetting MSP operations, and act accordingly.

As your MSP grows, you need to acquire more employees. You’re going to need to branch out in certain ways, even if your core prerogatives involve specific service provisions. Initially, you may just provide security, but soon, you’ll branch out into dealing with defunct drives or perhaps even maintaining personnel on-site for certain clients dependent upon certain arrangements. You’ve got to be flexible and work with people you trust. When you trust somebody, you’ve got to protect that relationship. You become closer than co-workers; you build a relationship that almost has a familial quality over time— just like Steve Rogers’ place among the Avengers. He always protects his team because they are stronger together than they can possibly be individually. It’s the same with your MSP, so act accordingly.

Having a Super MSP

Your MSP company needs to protect its employees, partners, vendors, and affiliates— as well as its clients. You’ve got something to stand for; identify that which is idiosyncratic to your business against other similar ones, and ensure you always vie by such ideals. You want to have a core center of morality that informs your actions, and you want to stick by it. There are a lot of things that can be learned from Steve Rogers. Fundamentally: what you have within will prove a greater influencing agent on your ultimate success. Focus on that which develops your inherent qualities, and you’ll see your success expand.

Joshua Liberman is the President and founder of Net Sciences Inc. (NSI). Joshua began working in the computer field in 1982, he founded Net Sciences in 1990 as PC services and incorporated the company in 1996. Starting as a Novell CNE and later becoming a Microsoft MCSE and CISSP, he has grown Net Sciences into a mid-sized IT support firm in Albuquerque, offering systems integration, MSP services and the most reliable IT solutions throughout New Mexico. Net Sciences has been providing an end-to-end network support to their clients, and a top-notch IT services for small businesses in Albuquerque. NSI is your virtual managed IT services provider in Albuquerque, assisting the planning, management and support you would get from your own IT staff at a fraction of the cost.