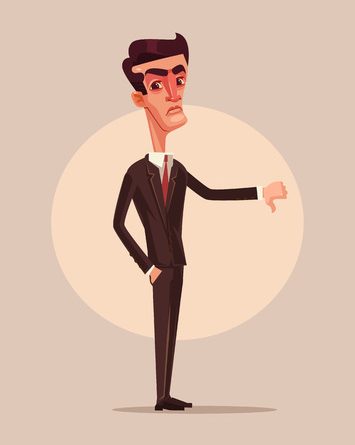 Your MSP business will come against certain rules defining operations. One of them being something not intrinsic to MSP operations, but with a definitive universal nature. This rule is called the 80/20 rule, or the Pareto Principle.

Now, with employees, unfortunately, you’re often going to have to put up with some “dead weight” as an MSP. Granted, You’re not going to be able to get rid of all the underhanded workers; and if you did, then you’d just have a different 80/20 ratio with a more qualitative bottom line.

With customers, though, it’s a different story. When you’ve got one customer who provides 80 percent of your revenue, and four customers who do nothing but complain, gripe, and tie up resources, you might want to figure out if you can let some of those unproductive customers go. But defining which customers your MSP business should show the door isn’t always easy. There are a few qualifiers you can look for to disqualify such problem clients, including:

The “I Win, You Lose” Customer

This is a client who takes credit for all success that comes from your MSP and tries to make you feel the full brunt of any fallout when something goes wrong. Basically, they’re playing the political “ladder-climbing” game. So if you’re doing well, they’re happy. If something goes wrong, they’ll throw you under the bus as fast as possible. This client is bad for your business and bad for your reputation. You never know when something’s going to go wrong because even doing your due diligence is no indicator of future catastrophes or client misuse of equipment. If this client isn’t in your top 20 percent, let them go.

Before the scandals broke in Hollywood, actor Kevin Spacey was well known for his portrayal of tough businessmen and politicians who spared no one’s feelings and believed business to be a cutthroat, no-holds-barred, dog-eat-dog industry. This is the client that immediately sits you down in their office and says something like: “The first time your MSP even thinks about screwing up, you’re out of here, and I’ll do everything in my power to ensure you never work again!”. This is a client trying to force your hand through intimidation. They may work well for you temporarily, but the second something goes wrong, that’s beyond anyone’s control, you get the blame for it, and dealing with the fallout may not be profitable. If this client isn’t one of your high-paying ones, you want to let them go.

I’ll Gladly Pay You Tuesday For IT Today

Wimpy, from the Popeye series, always wanted to eat a hamburger and pay for it on Tuesday. Like him, certain clients want service ahead of payment. These clients will avoid paying you as long as you allow them to and may even force you to take legal action. That’s unprofitable all around, and a word may spread which hurts your ability to acquire new clients. If you’ve got some clients that defray pay like this, consider letting them go.

Your MSP business may not be able to get rid of 100 percent of the underhanded clients, but if you can cut out some that are more unprofitable, it will ultimately be better for your bottom line.