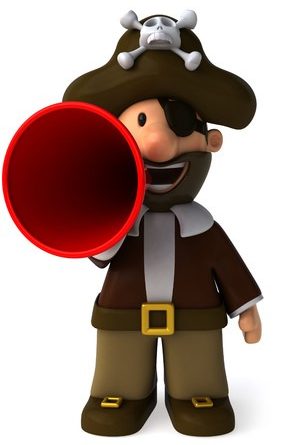 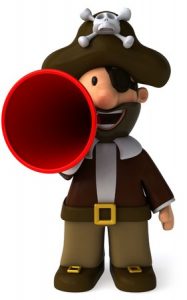 Actions speak louder than words. Even loud words. As an MSP business, you must recognize that your employees aren’t interested in being ordered around like a conglomeration of sailors on an 18th-century ship. In olden times, the stereotype of the brash and loud pirate captain was etched in stone by real men. The reason pirate captains were able to enforce this stereotype had a lot to do with the threat of not following orders. See, if one of their buccaneers didn’t do expressly as they were commanded, that man would be forced to “walk the plank,” as the saying goes.

As an MSP, you can’t make anybody walk the plank–not realistically. You’ve got office politics, HR, and a bottom line to think of. If every time an employee doesn’t follow orders as you expect, you liquidate them, you’re going to go through a lot of employees. High turnover is expensive for your company. You want to lower it, if possible. Constantly firing employees when they make mistakes, even if those mistakes are a direct contravention of your orders, won’t be good for you. But by the same token, just yelling at them isn’t likely to instill either obedience or confidence. It’s likely, rather, going to instill an adversarial mental attitude. That is just as bad for business as anything else. Your goal is to instill a good attitude which naturally presents itself through action among your employees.

Something else to consider as an MSP business is that there is a distinct dearth of good employees, giving them some level of “upper hand” advantage. You kind of need good IT people. When you find an exceptionally valuable individual of this kind, they may understand their value and lord it over you if you’re not careful. This is also an intolerable. You don’t want some tech quitting because you barked an order they deliberately disobeyed, prompting you to bark another order which made them decide they’d rather work for your competition.

Rather, be slyer. Be like some fox from a fable who gets his adversaries to decide on his agenda all on their own. Ask probing questions like a teacher in a classroom seeking to get students to think critically. Some examples of good questions might be:

• What different ways do you think should be used to complete this task?
• Do you know which method you’ll follow throw on to finish this?
• Why is that approach worthwhile–what’s so beneficial about it?
• Are there any risks that you will have to contend with?
• Will you need help from me or anyone else?

When you iron out their mode of approach, you are committing them to an established course of action. When you clarify that by figuring out the method they plan to employ, then they are committed even further. By getting them to talk about that which is beneficial in their intended approach, you get them to subconsciously commit themselves to it. After all, a tech in coding or some other engineering echelon of operations will likely have some preferred technique which they believe is better for reason A or reason B. When you push the question by bringing up risks, then these employees become further committed to their method of approach, as they likely know the risks and think those risks are beneath their skill. When you ask them whether they’ll need help, you almost guarantee that they’ll jump after the task with all expedience just to prove themselves right.

But if any of that isn’t true, you’ve already established the employee’s course and gotten them to commit to it. Accordingly, you’ve given yourself a reasonable stance from which to employ guidance techniques in the form of command. The employee’s attitude should be sufficiently adjusted such that your employment of your inherent command won’t “rub them the wrong way”, prompting them to quit and increase your rate of turnover

If your MSP business is managed in a civilized way which uses such psychological techniques to engineer self-motivation among staff, you’ll likely see the treasure your IT ship is seeking on the seas of technology business.

Joshua Liberman is the President and founder of Net Sciences Inc. (NSI). Joshua began working in the computer field in 1982, he founded Net Sciences in 1990 as PC services and incorporated the company in 1996. Starting as a Novell CNE and later becoming a Microsoft MCSE and CISSP, he has grown Net Sciences into a mid-sized IT support firm in Albuquerque, offering systems integration, MSP services and the most reliable IT solutions throughout New Mexico. Net Sciences has been providing an end-to-end network support to their clients, and a top-notch IT services for small businesses in Albuquerque. NSI is your virtual managed IT services provider in Albuquerque, assisting the planning, management and support you would get from your own IT staff at a fraction of the cost.