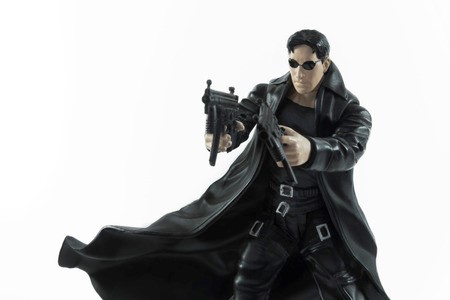 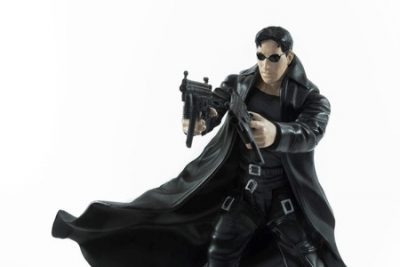 In the smash hit movie Matrix, the main hero Neo has an internal debate as to whether he is the One or not. In other words, he is trying to decide if he is the savior of the leftover humans living underground that the machines have not destroyed. In the clip, you will see the scene where Neo discovers he is the One and that he can dodge bullets or even stop them in midair.

What can the movie Matrix teach an MSP company about marketing and can Neo’s ability to dodge bullets inspire a sales team?

Neo was pulled out of the Matrix and then suddenly thrust into the real world where he finds himself in the middle of a battle with the seemingly unstoppable machines. Of course, he would be in doubt when told that he had super powers that would allow him to help the humans win against the machine world. In the process of trying to win he was constantly being bombarded with attacks from Agents, Sentinels, traitors, doubters and even self-doubt. However, once he believes in himself he can overcome all these obstacles by stopping bullets and ultimately flying to victory.

How this Applies to MSPs

The connection between Neo and inspiring your sales team is the simple fact that the best MSP marketing representative faces many obstacles that can seem like bullets. Chief among these would be temporary setbacks in the sales process, like losing a sale. It can be devastating when a good salesman has delivered an amazing presentation, presented the proposal, built rapport, followed up and is told everything looks good; but then learns the ‘sure thing’ has decided to go with a competitor. An attack from a competitor that steals a prospect right out from underneath an IT salesman is like a bullet with the potential to destroy self-confidence!

In the movie Matrix, when you’re shot with a bullet in the virtual world it can only kill you if you believe it’s real. This is also true when an MSP marketing salesman has one of their nearly closed sales shot down by a tough competitor. When these bullets start flying they are only deadly to a salesman that believes they have the power to destroy him. One the other hand, when an IT salesman has self-confidence then he/she will have to power to stop these marketing bullets of doubt in midair. Once their power of self-confidence grows stronger they will ultimately fly over an obstacle put in their way, like Neo from the Matrix!