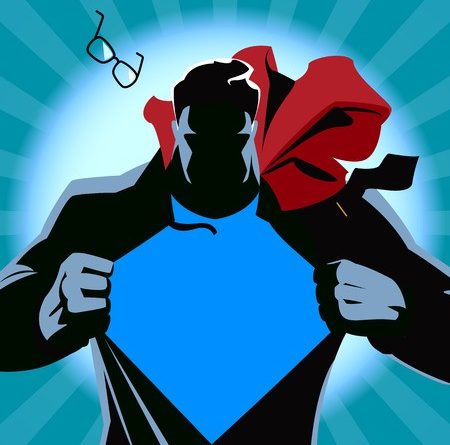 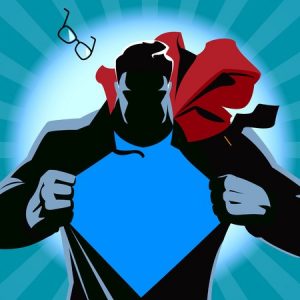 In the comic book about Captain Marvel, who was later renamed Shazam, an orphan boy named Billy Batson encounters a wizard that gives him superpowers. The boy simply needs to speak the magic word Shazam and he is transformed into an adult superhero. This comic story can be viewed as a good metaphor to describe the hidden power I believe lies dormant in every MSP business owner. Why do I believe these superpowers are for real and how can IT providers transform into their alter egos? Do they just need to say a magic word or phrase like Captain Marvel or is there more involved?

I discovered what many call their second self at a MSP marketing trade show. After giving a talk about how to write original internet marketing content an audience member decided to give me some unwanted advice. This IT provider had an interesting advantage to critique me as she had previously attended my talk at another trade show. She tried to explain to me that the talk I had just delivered was not as good as the one she had seen before. However, she couldn’t exactly put her finger on what was specifically missing. She kept insisting that there was something missing and then she described my first talk as electrifying.

I must admit that it wasn’t until she called my first talk electrifying that I started to pay attention to her criticism. It was at that very moment that I realized that the same person had not delivered both talks even though it appeared that I had made both presentations. You see I instantly realized it was what many call the ‘second self’ that had given the ‘electrifying’ performance. Whereas, the talk that I had just made, which was less than stellar, was essentially given by Billy Batson.

Basically, I had transformed into Captain Marvel to knock out of the park my previous MSP marketing presentation that had a line waiting out the door and received cheers! Somehow, I must have forgotten to utter my magic word which is why I say Billy Batson gave the bad talk.

What is the Second Self?

The second self is our sub conscious mind which is the hidden supper power that every person and MP business owner has in their minds. The sub conscious mind has the power of Captain Marvel and is there waiting for use to invoke.
What Steps can MSPs take to unleash their marketing Super Powers?

It’s important to prepare the night before you give a talk or sales presentation by transforming your state of mind into confidence itself. When you think of the talk visualize it as a success that receives massive praise and cheers. Then, while remaining positive, review your material and focus on the key points you want to make. See yourself making these points with confidence and connecting with your audience. Remember not to franticly review all the material as you must confidently tell yourself that you already know the material, since you created and prepared the slide deck yourself. It’s important to make sure that you have a steady breathing pattern during this time as you review your material and visualize success.

If you can remain confident and follow my other suggestion then you are putting your trust in your second self. You’re saying it knows the material backwards and forwards which is why you don’t need to frantically review the talk.

However, the day of your talk or presentation you merely need to speak the magic word which is a metaphor for saying that you have absolute confidence you will give an awesome presentation. What you’re really saying though is that you have faith that your ‘second self’ will show up and deliver the presentation for you.

If you want to deliver electrifying MSP marketing presentations then why not develop your own secret word? Speaking this magic word should signify that you believe in your ‘second self’ and its awesome power! Uttering this incantation should indicate that you are giving up control to the super hero version of yourself to perform an amazing marketing feat! If you can trust the process you will quickly become a super star presenter that’s closing more deals if you can just remember to say, “Shazam”! 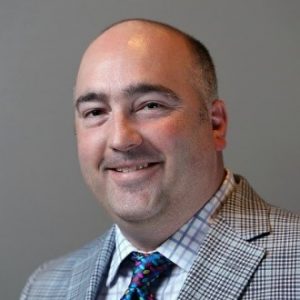 David Walter is the Marketing Director at MSP SEO Factory, a company providing IT marketing to businesses in the United States. Their expertise is creating managed services marketing ideas and turning them into original, optimized blog posts. Their process involves in-depth brainstorming, thorough editing, and effective promotion of fresh and unique articles for their MSP Business clients.

He has 16 years experience in marketing for the IT industry, as well as experience in direct MSP marketing, internet marketing, article writing. David speaks at trade shows, webinars and is a sales trainer for major IT companies. He is also a published author; his latest book is ‘Stratospheric Marketing Secrets’.