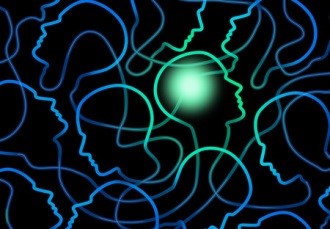 The Science Behind Storytelling

MSP marketing that takes into account basic underlying precepts of human thinking stands to be more successful. Psychologically, the human mind is engineered to understand stories differently than it is to understand facts portrayed directly. When it comes to communication, telling stories is one of the most effective strategies an organization can take. But in order to tell a good story, you first must understand what makes a good story— what the underlying elements characterizing effective narrative communication are. Essentially, these elements include:

You’re not going to sell as much if you’re using a Christmas campaign in March. You’d do better to employ an Easter campaign. This is a simplification but you get the idea. Whatever you do, it must be properly topical. It must describe something relevant to your target audience, and that leads to the next element of a good story.

If it’s Christmastime and your target audience is law enforcement, you probably don’t want to structure a story featuring a protagonist in the marketing narrative who is using a radar detector— even if he’s using it to get to the store in time for a sale on bulletproof vests or something of the kind. Beyond being topical, your story must be relevant.

The Unique and the Unusual

Something which catches the eye is likewise important. MSP marketing can’t be wallpaper and it can’t be background static. Well, it can, but that makes it unsuccessful. You want to stand out. A great example would be the little Six Flags dancing dude. The target market was families who needed some leisure time, specifically their children. The ad had to appeal to adults and children alike. It starts with a conventional “fairy tale” approach with a twist and then brings in the unusual with an old man who starts dancing like a maniac to an extremely upbeat tune. The story of the ad is topical, relevant, unique, and unusual— and additionally, features the final two aspects of good storytelling.

In any good story, the protagonist must come against some difficulty which keeps him or her from accomplishing a final goal. There’s nothing interesting about this story: “Johnny wanted a snack. So he got one. The end.” A better story would be: “Johnny wanted a snack, but he had to get money for the store, so he sold lemonade— but then the bully across the street stole his money, so Johnny had to chase him down, get his money back, and then make his way to his favorite snack shop.” You get the idea. In the Six Flags commercial, the conflict was a lack of leisure time keeping everyone in the doldrums— until the little old dancing dude showed up to bring mirth and merriment in a very human way.

Your target audience is human. They’re less likely to identify with your company and more likely to empathize with other humans— other people— that your advertisement characterizes. You must incorporate a human element which adds emotional and psychological warmth to your narrative. 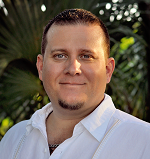 Nicholas Fortin is the President and Owner of Nexxen Technologies, which provides IT Support in West Palm Beach. With a wealth of experience in the IT Support and a very real sense of what it takes to run a successful business in Fort Lauderdale, he is the ideal person to help their clients achieve more through a more efficient use of technology.

Nicholas is well versed in the management of computer networks, IT Infrastructure and Operations Services (IOS), as well as in IT services best practices for Boca Raton, due diligence, PCI-DSS, SOX, and HIPAA compliance. Nicholas is justifiably proud of his ability to establish and maintain excellent working relationships, not only with their clients and vendors but with his co-workers too. Their 98% customer retention rate is a source of pride to everyone on the Nexxen Technologies, Inc. team too!MSP Marketing