Your MSP business is going to have many different phases. It’s going to have rich ones and poor ones. Some phases will last longer than others. But your goal should always be upward growth, profitable expansion, and continued sustainability. Retaining continuously sustaining operations requires multiple strategies. Sometimes, you’re going to have to acquire other companies to help expand your business offerings. Sometimes, you’re going to need to be involved in a merger— this could predicate selling your business. In order to sell, to buy, or to merge— actions which are traditionally abbreviated in the term “M&A”— there are several best practices worth observing; five of which are characterized below.

You’ve got to keep good financials. You want records that are easy to parse, easy to read and demonstrate profitability and legality in operations. Certainly, the level of profitability or transparency in a legal sense will have a better or worse effect on prospective partners. But however you slice it, you need good records or you won’t be able to merge or sell.

For tax reasons, it is possible to run a business at a loss. But you’re not likely to get acquired if you pull a move like that. Who wants to buy an unprofitable business? Even if you can show that the way you’re doing things results in greater profit because of taxes, you’re still not likely to seal that merge or be acquired because that kind of activity has an “underhanded” quality to it that larger organizations often can’t afford to be involved with. If you want to be acquired, if you want to merge, you want to show a profit.

Your MSP business should have agreements for the long haul. Granted, there are some organizations who would have acquired you, or with whom you could have merged, that will be offset by a shorter agreement. Guess what? You don’t want to work with those guys; they’re going to suck all your productivity and leave the ownership high and dry. If you don’t have contracts, financial future projections are essentially impossible. Ultimately, even if the deal doesn’t go through, your business becomes devalued, and it can be damaging for future M&A deals. So work toward the long-term when possible.

4. Construct and Maintain a Successful Brand

You’ve got to have a salable brand. You’ve got to have something that is desirable. The key word is: success. You want the greatest success you can source. When your brand is well-known in local markets and has a solid history of delivery, then your company absorbs substantial value. When it’s time to exit, you’ll have many organizations looking to buy your brand, or facilitate a merger.

You want to look at a number of vertical markets among operations. Some that definitely are worth your consideration include legal, CPA, and healthcare. These three represent very profitable enterprises. Additionally, they can work as a very useful aid in making your business appear more stable. Stability is one of the primary things prospective buyers or partners look for as they go about absorbing businesses. If your business can demonstrate stability, then it can communicate value in— again— a natural way. This makes selling much easier. Think of the verticals on your business as the body of a car. Even if the engine is great, a car with a dinged up body missing paint and including duct-tape isn’t likely to sell well, or at all. Meanwhile, if you get that chassis in good condition, even if the engine hardly works, the car will sell. Your business is a souped-up hot-rod, and you need to make sure it looks good in the body.

Your MSP business will excel in M&A situations should you pay careful consideration to:

There are certainly other worthwhile considerations, but these have a “pillar” quality to them which indicates they should be securely supported before you go about the other exigencies of maintenance. Should you be diligent in such maintenance, your M&A agreements will be much more successful. 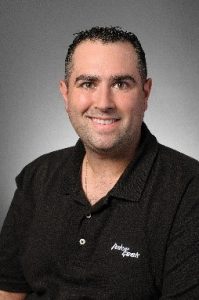 Mike started with computer repair in Staten Island at a very young age and hasn’t slowed down since. He has served in the computer support industry, in Staten Island, as an IT director, Engineer Manager, and a Director of IT/Research and Development. In 2012, he started Tekie Geek with the hope of being a one stop shop for all IT consulting services in Staten Island. When not working, Mike is a true geek and will be watching one of his favorite shows or movies, which include Game of Thrones, Star Wars, Gotham, and much more.