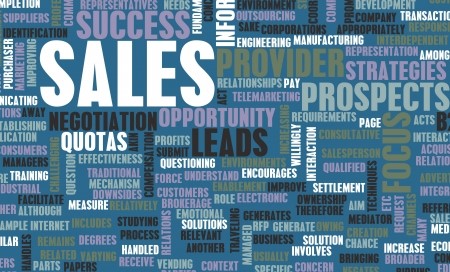 The Primary Thrust of Marketing Expenses

MSP business expenses pertaining to marketing will be mostly centered on salespeople. Every year, through incentives, hiring packages, wages, and other means of cost, US companies end up spending about $800 billion annually on salespeople. Since this represents your primary marketing thrust, financially, it would make sense to streamline that investment. In order to, you’re going to need to look into available case-studies on salespeople; there are interesting things that have been discovered.

For instance, there are different levels of incentives which will have differing effectiveness depending on the MSP. Some MSPs have a model where incentives rise or fall based on sales. They’re a percentage of the take. Some agencies offer a minimum threshold of sales necessary to earn commission— and a maximum point at which no further commission can be applied. But there is, like so many things in life, a third alternative.

Basically: you identify the kind of salesperson you’re working with, and design your incentive protocol around them individually. Granted, starting out you’ll likely want to categorize sales performers into several categories. You’ve got:

A System of Development

It’s not just that your MSP business essentially has three types of salespeople, but additionally, if you manage them right, you can continuously groom and develop employees such that low-end performers can eventually be stars. But you want to separate them first… and on the sly. You don’t have to move their desks; you don’t have to do anything noticeable directly. What you’re looking to do is inform your strategy based on whether an employee is on the high, low, or middle-end.

A high-end performer will decrease in their performance if there’s a cap on sales. This is disheartening. Why should they use their skills for the company when the company isn’t paying them for their skills? Such performers will do the bare minimum to qualify for the highest echelon of the commission, and nothing more— even though they could sell more. If you don’t have a cap to the commission, but it’s a straight percentage which is entirely tied to the employee’s performance, you’ll be able to maximize the ability of your star performers.

Meanwhile, on the low-end, you’ll have salespeople who may be in the position regardless of their selling ability. Perhaps they were simply well-versed enough in the technique to fool an HR hiring person. What this means is that they likely can be a good salesperson, they just don’t have the drive— the motivation. So you’ve got to find a way to properly motivate. Get a goal in front of them. Find some way to drive them, and they’ll increase their performing ability.

Core performers are a bit of an enigma. Some are generally doing the best they can, and they just can’t seem to get past a certain sales threshold. Some are doing enough just to be left alone by sales managers on the floor. Some have been just steadily pedaling away for years. The core group is usually the largest group and they need to be maintained, but you always need to be on the lookout for outstanding work, and encourage it.

A low-end performer properly driven can become a core performer, and if they begin to learn the craft enough, they can eventually be a high-end performer.

Your next step is to transition high-end performers into management positions which have incentives that may be based on, say, how a group of employees they’re the primary “cheerleader” for does. A manager can be set against another manager’s team, and a friendly competition encouraged.

What this strategy does is provide a clear career path for employees, which is itself an incentive to greatness. You want to give your employees, to whom you make the most investitures, willing to drive themselves. Because one thing you cannot change is: attitude. You want an attitude of gratitude, not an attitude of platitude, and the only way to get the former is to avoid giving your employees the latter— treat them individually. Do that and your MSP business will maximize its employee investment. Mike Bloomfield currently serves as President Geek at Tekie Geek, a company providing IT support to Staten Island small and medium-sized businesses. Since 2012, Tekie Geek has been offering services like IT consulting in Staten Island, Brooklyn, Queens, Bronx, Long Island, and New Jersey areas. Other computer services Tekie Geek offers in Staten Island ranges from providing technical helpdesk support, data recovery in Staten Island. They have been awarded a CompTIA Managed Services Trustmark, which is a respected industry credential that signifies the company’s adherence to best practices for technology service delivery and customer interaction.

Mike started with computer repair in Staten Island at a very young age and hasn’t slowed down since. He has served in the computer services industry, in Staten Island, as an IT director, Engineer Manager, and a Director of IT/Research and Development. In 2012, he started Tekie Geek with the hope of being a one stop shop for all IT consulting services in Staten Island. When not working, Mike is a true geek and will be watching one of his favorite shows or movies, which include Game of Thrones, Star Wars, Gotham, and much more.