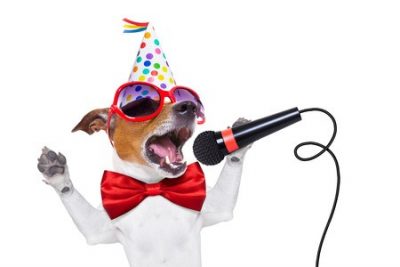 They Want It; Give It to Them

IT sales leads require a proactive approach which often shuns traditional marketing for something more “intangible,” but simultaneously easier to “sink your teeth in.”

Where do you think most Hollywood employment decisions happen, in some casting office or at a party in Beverly Hills? The way people are hired and fired in Hollywood has a lot more to do with who they hang out with at the after party than it does with any codified method of employment or acquisition. There’s an informal nature to it. Except, everybody knows that’s how things are done, so they go around smooching derrieres for a paycheck. This is part and parcel to the hypocritical duplicity of the American entertainment industry.

IT isn’t quite the same— you’re going to get more professionalism and, hopefully, more decency in clients. But human nature is the same, and you’ve got to play to that in order to obtain more IT sales leads.

If somebody’s talking to you about IT, that means they’re interested in the kind of managed services your company provides. They have some application they intend to put those services to. The reason they don’t close with you directly is because they’re trying to ensure they get the best deal. They’ve got a budget, they want to end within that budget. When buying IT, they’re trying to avoid any social obligation which may signify an alliance that isn’t the most for the least. But here’s the thing: most bottom-dollar options have some backhanded way more expense ends up being leveled toward IT anyway. You’ve got to pay the piper and TANSTAAFL: There Ain’t No Such Thing As A Free Lunch. So really, they’re shooting at the moon and thinking they’re going to hit it. Here’s how you get under that psychological scab and rip it off.

Sure, you wined and dined them during your marketing pitch. Now cut the formality and be friendly. Everybody likes to party. Everybody likes to let loose. Be their friend and give them an experience. You’re subconsciously prodding them through social obligation into a merger. Nobody screws their friend over. Friends have obligations which transcend business. This is the glue of Hollywood, and it extends beyond the silver screen to traditional interactions as well.

Have you heard of AIDA? This acronym stands for:

Gain their attention and generate interest leading to a decision that predicates action. They’re already interested in you, or they wouldn’t be talking to you. “A” and “I” are taken care of. The “D” and “A” just require a little assistance.