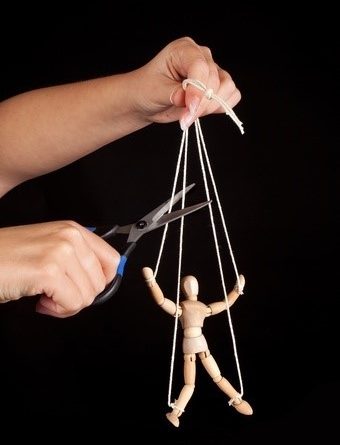 In this article, we’ll tackle a common issue among MSP business owners: the question of control. Most business owners and leaders would assume that the more control they have— or the more that they enforce it— the better, but this isn’t always the case, and we’re going to use this article to explain why.

Everyone Wants to be in Control

First thing’s first: everyone wants to be in control. Whether you’re running a business, a team, or even just a day-to-day normal person, a desire for control over elements in one’s life is completely natural. Being in control means that things turn out the way you want them to, that people in your life listen to you first and foremost and, generally, things are fine. There are a few people with this masterful level of control over their lives, but they’re few and far between, and even then, that control doesn’t typically last long.

The fact is the idea of controlling people for a long-term period borders on delusion. It never works. People are people, and by nature, that means they don’t like being mindlessly obedient to any one person or cause for too long.

But You Can’t Always Have That

So, your dream of complete control can’t be realized. This is an unfortunate reality that everyone has to face eventually— that they simply don’t have the influence that they wish they did. For many in the MSP business, this lesson can be one that crushes their sense of pride, but the sooner you learn and accept that people don’t want to be controlled, the better.

Parents know that you can’t attempt to control your kids, even if it’s for their own good. Putting too much pressure on them to go on one path will result in them bucking your authority and choosing to go on another. This applies just as much to supervisors and bosses as it does to parenting: if you over-enforce your authority, people are going to slip through your fingers and start looking elsewhere for their needs. It doesn’t matter if you have the best intentions in mind for them- if you’re too aggressive, they will knowingly and intentionally buck your authority at the first opportunity.

So, yes, to some extent, people are naturally defiant, especially when you try really hard to control them. The key to having influence over others in your business is… well, to stop trying.

What You Should Focus on Instead

As a boss or supervisor, you obviously have to use your authority in some way to be effective. This article isn’t meant to argue with that. However, if you’re perceived as a control freak, nobody is going to want to work with you, and eventually, that’s going to come out to bite you in a big way. So, where’s the middle ground? How can you be influential over your coworkers without letting them all run wild? How can you build yourself up in a way that you’ll be seen by your peers as strong and influential?

Simple: give up control of others and start focusing on controlling yourself. Be go-getting and charismatic. Be a positive influence and go out of your way to help people whenever they need it. By making yourself a force of positivity in the workforce, people will quickly take note and start unconsciously looking up to you.

As an MSP business owner, you should always remember that you can’t force people to obey you, but you can inspire them to want to be more like you. Be your ideal employee, and your others employees will start asking questions. Once they have their own desire to improve and be more like you, that’s how you know you’ve made it.

Nuresh Momin is the co-founder of HoustonTech, a company providing Managed IT Services in Houston. They specialize in IT support for Houston small and medium-sized businesses, and since 2009, they’ve been helping clients improve their businesses with quality solutions, such as IT consulting, backup and data recovery, cloud services, computer repair and IT services in the Houston area.
From a very young age, Nuresh liked to tinker with gadgets. He made his passion into a career. He has more than 10 years of experience working in Information Technology. His role and expertise include, but not limited to, IT management, support and consulting. He works with clients ranging from CPAs and