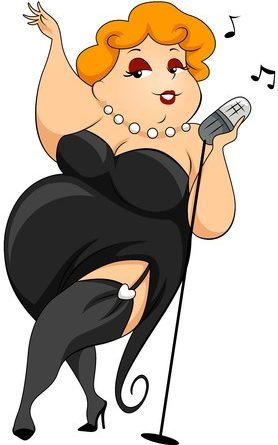 IT marketing must take things to the furthest level to get ultimate success; much like the plotting of that which many only know as “The Flight of the Valkyries”. The iconic song actually comes from the second movement of a four-part opera. In the famous fourth segment of Richard Wagner’s Opera, called the “Götterdämmerung” movement, Norse gods face off against one another and the final battle of existence is waged, culminating in a twenty-minute song sung by the character Brünnhilde, who was traditionally a plus-sized soprano singer. At the end of her song, the “world” of the opera ends. Thus the colloquialism: “it ain’t over till the fat lady sings”.

That four movement opera was long, arduous; and unless you were a deep opera fan, it must have been brutal. Well, when you’re working the world of advertisement — especially as far as IT is concerned — properly exposing your business and getting the necessary exposure for sustainability can likewise be a long, brutal process. Unfortunately, there isn’t some rotund German woman waiting in the wings to pop out after you’ve hit that final trade show and start exploding wine-glasses with the profundity of her pitches. Sometimes you don’t even know you’ve hit your marketing zenith. And perhaps it’s better that you don’t know; because unlike Götterdämmerung, obtaining a sustainable marketing threshold really represents the beginning of a new phase of success, not the end.

Successful IT marketing is going to require the kind of edge-of-your-seat tenacity a twenty-something country kid must retain to sit through all four movements of Wagner’s iconic opera with that twenty-something foreign exchange girl who actually understands what’s going on, even though all the young man understands is his enjoyment of the young lady’s company. Men, we’ve been there! And ladies, you’ve certainly been bored at a car show somewhere; or standing by as your man constructs his own mainframe in the den. Then there are the inverse situations, where the German man drags his lady to the opera, and his lady sucks down a Jolt Cola then goes to town on a server array.

Learn What Your Clients Love

If you really want to win your operatically-enthusiastic clientele through the marketing courtship of Wagner’s iconic movements, you must do your homework. Your client wants you to sit through this four-movement marketing epic; maybe take some time and research the show. What kind of Norse mythology is most important to your IT client? Are they following through on cloud provision? Do they need data backup and recovery to protect them from the end of the world? Are they savvy enough regarding the IT marketplace to understand the true benefit behind flat-fee managed IT services? Do they see the subtlety in Brünnhilde’s final aria? Have you read the musical notation of business continuity planning — can you get excited at the same crescendos of the opera as the client you’ve taken out for a “trade show” night of culture?

IT Marketing Showcases Your Edge

Here’s the thing: if you don’t learn how to meet your client where they live, you’ll eventually end up learning the opera by rote anyway; because you’ll keep taking more and more clients to the show until you’ve collaterally memorized it. So if you really want to do well at trade shows and make a big impact on clients, don’t just endure the opera until the final Valkyrie comes out on stage and reverberates her aria resoundingly through your tired brain. Learn who that Valkyrie is, and why she is singing. Learn the needs of your clients, and why they are attending trade shows. Find their need, and meet that need — no, exceed that need. Use IT marketing to show them your acumen. It may not be over till the fat lady sings, but do your homework and you won’t have to watch the same show again and again.