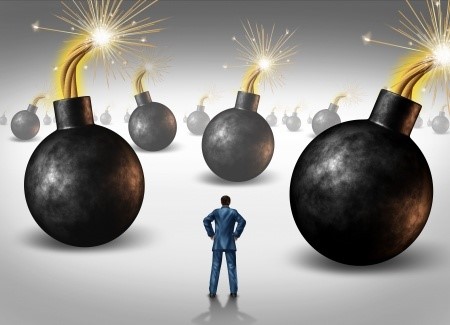 IT marketing would do well to emphasize unpredictability in the continuous operation of computer systems over time. Beyond cooling fans, servers don’t usually have a ubiquity of moving parts, but they’re still made of physical components that regularly handle electrical loads. That can’t go on ad infinitum. There’s a breaking point eventually.

Some servers may last decades without any trouble, and some may only last several weeks. Even the well-designed systems are subject to human error; even if it is statistically minimal. When chances of such error are combined with normal use, relocating sensitive equipment, using this equipment to configure a business’s operating systems and the computation which must take place on them, data breaches and unpredictable user patterns, it becomes statistically expected that a crash will inevitably take place well before projected outcomes.

But even so, businesses looking to retain IT services will often procrastinate after initial consultation. Usually this happens because these businesses believe they’ve got plenty of time for this decision, and that it can be put on the back-burner indefinitely. Businesses don’t often prioritize their tech needs, even though the reality of operations will almost definitely bring them into stark clarity over the course of several years.

A system doesn’t wait for you to click “save” before it crashes. It just works until it does not. The losses which can come from such an intense meltdown can be even higher than the cost of retaining IT services. IT marketing presentations which make this known will definitely give potential clients something worth close consideration.

Point out things like downtime, which references lost time during a crash; and how it’s so regular it has its own term. Give clients the best-case scenario of several hours to several days contrasted against the real-world timetables. Then calculate costs for operational losses over those days and present the potential clients with the figure. In some cases, it will be larger than IT services; but the bigger the business, the less likely this is to be the case. Such enumeration could be integral in securing larger accounts.

Advisement Once The Point Has Been Communicated

You’ve given the problem, now give the solution. Tell potential clients that one of the best things that can be done is that a game plan of sorts be established; an operational procedure in case the network decides to throw in the towel abruptly. It will definitely be better for them with such a game plan than should they trip about chasing in-the-moment solutions which lose more money. Then it makes sense to tell them this: it takes several months for marketing processes to mature for the delivery of a proposal anyway. Especially with larger systems, there’s quite a bit of IT work on the back-end leading up to successful support.

From here, point out that even should this proposal delivery be delivered with all expediency, clients often require a few months to check references, gauge needs, calculate the budget, and generally wring their hands in consideration before a final decision is reached. You’re looking at a best case scenario of two months (should the decision be made in the office while you meet with the client) before the sought support is truly acquired. A lot can happen in two months. A lot can happen in a day. Stress the necessity of an immediate decision.

Pitch higher than your initial goal, and give yourself fat that you can trim which appears to be the facilitation of bargain. This way it will take them a while to negotiate down to the goal you had in mind from the beginning, and if they do continue pushing, the final result will yet be less than it would have been if you started out at the base line.

Consider that there could be aspects of coverage you neglected to present which are central to the client’s needs. The concept you’ll be negotiating under is: What can we do to get you on-board? What can our IT services company offer which will compel you to accept our solution? One great suggestion is to offer a free initial data recovery plan that only begins costing the client after the first downtime has been sustained. So they’ve got the coverage just in case. But you already know that it’s more statistically likely that they’ll need it than that they won’t; so this loss is very short-term.

Several major facts regarding IT marketing technique which you should definitely pitch to potential clients include:

By impressing the reality of the situation on potential clients, you’ll decrease their level of procrastination… and get them to act NOW! 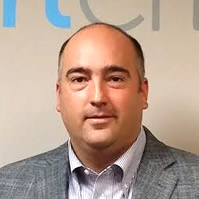 David has 16 years of experience in MSP marketing for the IT industry, including his current position as Marketing Director at MSP SEO Factory. He also speaks at IT marketing trade shows, is a sales trainer for major IT companies, and is a published author with an upcoming book titled ‘Stratospheric Marketing Secrets for Generating Sales Leads’.