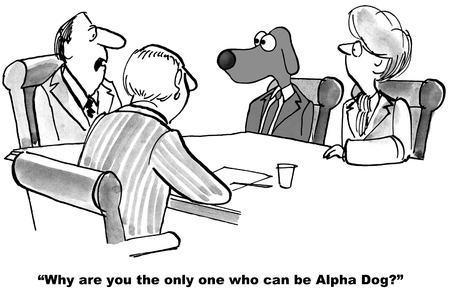 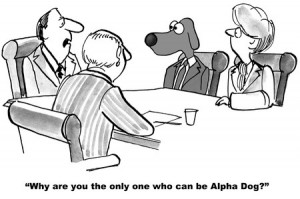 Recently we raised the issue of MSP employees sabotaging other marketing workers out of jealousy.
However, we didn’t go into detail about which types of personnel are likely to fall into this trap.
Plus there is another type of jealousy that can rear its ugly head and ultimately have a detrimental effect on your company.

The Struggle between Marketing and Accounting

Normally you will experience jealousy within a department as salespeople for example jockey amongst themselves for the top spot. However, the envy that I am bringing attention to today is one that exist between different departments.
You see this struggle is one where senior employees fight to be the chief advisor of the Present or Owner. In other words, the question everyone wants to know is who has the bosses’ ear. Whose ideas does the President like and execute and whose ideas get rejected and discarded into the garbage.

Normally you will find the financial officer is the person within a managed services organization that has become the President’s trusted advisor. However, sometimes a dynamic marketing manager can come along full of amazing ideas that can captivate a Presidents attention. After all sales is what ultimately drives the success of any IT provider.

The Nature of the Sabotage

When an envious financial officer suddenly finds themselves on the outs as some new marketing manager has become the darling of the president the struggle begins. They find their ideas are now marginalized while the president begins acted on nearly every idea that comes forth form this new marketing oracle.

As the jealousy begins to fester and corrupt this key manager’s mind it’s only natural for them to look at the tools they have power over as means to sabotage this upstart marketing manager and put him back in his place. Often, the unstated goal of their revenge is to utterly discredit the hated individual and have them fired by the owner.

Tools of the Saboteur

Often these disgruntled managers will begin their mission by seeking out other managers and employees that also see this marketing manager as a threat. When they find like minded employees they will enlist them into the cabal to separate this sales manager from his employment. The first step is to use their numbers to cast group doubt on all the ideas and proposals that come from the out-of-the-box sales manager.

If this tacit fails to sway the mind of the Present then these saboteurs will have to use their power to resist every action of their enemy along with casting doubt on their past success. The idea is to chip away at the mental state of mind of the marketing manager in hopes they quit. In addition, if they can successfully cast doubt of what was previously thought of as successfully campaigns then the president might not look to them for advice anymore.
Often, the personal attacks can come in the form of making ‘mistakes’ on their checks and reimbursements funds. Also, it’s common for the hatred to build up to the point that the financial officers and their cohort will begin to spew hate filled speech and resort to name calling.

If managed services providers would take a minute to look unbiasedly at the interactions among their employees they might be shock to see this sort of behavior going on. Often, these type of situations can leave IT providers in a quandary as they have no idea how to handle matters.

I would like to point out that if you have employees that gang up on other employees for no reason other than jealousy and try to get them fired by resorting to dirty tricks in the process that these type of people should have no place within your organization!

Remember that if they are attacking your star marketing manager that’s bringing in sales and trying to destroy them that this is a direct attack against you the President and the success of your business. If you coddle the culprits of this type of destructive behavior then you have broken processes that will forever limit your potential growth and could ultimately bring your organization down.