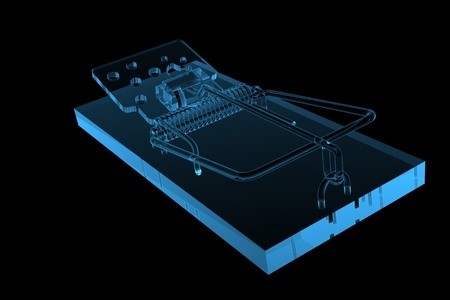 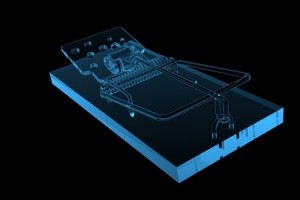 One ironic fact about the IT sector is that it’s constantly evolving while many MSP services providers are not marketing these innovations.

While I have been involved in promoting cloud computing I didn’t notice that many tech companies still haven’t change.

You Still Need to Build a Better IT Mousetrap

Just the other day I had a conversation with a pretty advanced IT provider that explained his marketing technique. He told me that he likes to get in contact with a prospect and then wait in the wings until they become unhappy with their current computer consultant. After he told me about his current technology line up it became clear why he had adopted this marketing concept.
The reason I describe this computer consultant as advanced is because he doesn’t fall into the category of a caveman that just keeps looking for a prospects that already had pain and need. However, he didn’t realize that he needs to keep improving his IT services because it affects his marketing ability.

In fact, I have had lots of tech companies call me over the last few months that have old backup technology or don’t have an amazing desktop-as-a-service solution.

IT Services Affects Your Marketing

While presenting to prospects and waiting in the wings is better than just burning leads until you find a company already in need, there is a better way.  You can speed up this waiting process dramatically by transitioning the conversation away from how happy the prospect is with their consultant and focus the discussion on presenting new technology they aren’t presently using.
I can illustrate this with an experience I had with a managed services provider in Dallas that was extremely arrogant about having a simple basic IT model. I was able to spend some time with the President since he had signed up for me to ride with him when he presents to the IT appointments we generated.

It was during the last meeting of the day that I experience a teachable moment when my client, the President of a very successful MSP, suddenly ran into a dead end with his presentation. You see the lawyer that we were meeting with just kept telling us how happy he was his current IT provider. In fact, he had gotten off on a tangent telling us one story after another about how his amazing tech guy had saved their day on more than one occasions.
I will never forget that at this point the very arrogant computer consultant looked over at me while the lawyer was still talking and asked me, “Why are we here?”  This rude gesture had caught the attention of the Attorney as he had a puzzled expression on his face and was looking at us probably wondering if the meeting had come to an end. The consultant had nothing more to say as he just sat quietly and periodically glanced out the window at the amazing view of Dallas.  This breathtaking view was only possible because we just happened to be meeting in the top floor of the tallest building in the Dallas skyline and this just illustrates how big the opportunity was this idiot was blowing.

At this point I took it upon myself to finish this presentation and begin to present a solution that his short sighted consultant had earlier dismissed.  I focused my discussion on one of the stories that the Lawyer had told us about how his IT guy saved the day by getting a crashed server up and running an a couple of days.  I asked a few penetrating question about this scenario like if that was the normal SLA for restoring a crashed server.  Then I inquired as to why waiting for several days to get a server running was an acceptable time frame? The bottom line was that he told me this particular server was deemed not critical.  I followed up by asking the next logical question, “If this was the normal SLA then what would happen if next time it was a critical server that crashed?  Would he still be just as happy about waiting several days while his well paid employees remained unproductive?

For the first time in our presentation this successful Attorney sat up straight in his chair and let me know with his facial expression that I just hit a nerve. Then I asked him if he would like to know about a state-of-the-art disaster recovery solution that back up all his servers but if one of them crashed would be able to virtually run as that sever temporarily. In other words, I told his this system would be that he would simply never experience downtime.

Of course, he wanted to know all about this high tech backup up system and was no longer telling us how great his current computer consultant was and when I was finished he had requested us to follow up with him and produce a proposal. That when I looked back over at the arrogant consultant and asked him if he could follow up with the attorney and provide him with a proposal for this backup solution.

As we were leaving the building and walking toward the parking garage this consultant remained quiet until he sheepishly asked me one last question. Now all off a sudden he wanted to know who the manufacturer was for the backup solution I described!

The point I wanted to make is that IT services marketing is all about coming up with the latest tech solution that most business don’t already have.  This is one of the only ways to lure fairly happy prospects away from their current IT provider.  Right now the one thing most  businesses don’t have is a total cloud solution or a desktop-as-a-service.  I hope you don’t need to be embarrassed in front of a huge prospect to discover that you always need to have a better mouse trap to be successful at IT marketing.