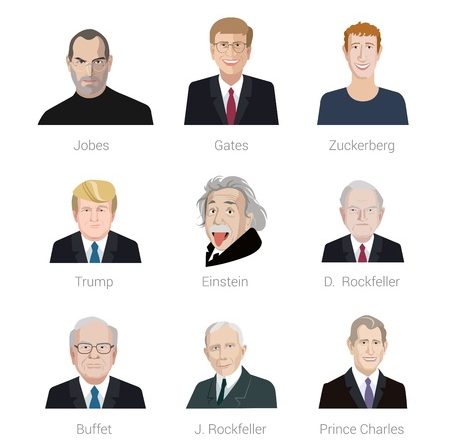 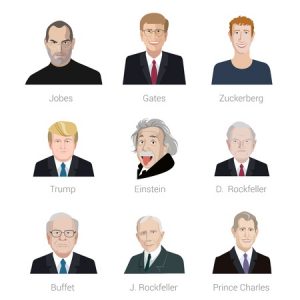 You can probably recognize several of the famous people in this photo like Steve Jobs and Mark Zuckerberg.

Of course, you can probably rule out individuals like Albert Einstein who was a scientist.

When you properly identify the correct person it will help you understand the secret to promoting IT services marketing events!

Who Is the The Promoter?

Well if you guessed Donald Trump then you can pat yourself on the back as he is the one that proved recently he understand one of the most powerful secrets for promoting events.  As your probably know Donald Trump is running for President of the United States in the election campaign this year and is running around the country holding events that he is has titled, Making America Great Again!  Now this article is in no way endorsing this candidate but merely pointing to one of his effective event promotion techniques.

Trump’s plans to hold a campaign rally in his democratic rivals home territory of Burlington Vermont in the Flynn Center sparked debate. One of the reason there was so much controversy surrounding this particular rally is because it’s such a bastion of democratic support and the Town that Bernie Sanders was Mayor of in his early political career.  However, the brouhaha was really centered around the fact that Trump’s campaign had issued over twenty thousand tickets for a venue that could only hold about 1400 people.  Some political pundits like Rachael Maddow were panic stricken as they were predicting pandemonium and madness on the streets of Burlington because the Trump campaign had issues far too many tickets.  While on the other hand they questioned whether anyone in this liberal territory would even attend Trump’s event.

Now that the smoke has cleared on this very controversial political rally we can see that in fact the sky did not fall.  While Trump had issued far more tickets that the location could hold the Sheriff’s office reports that only 2,000 people showed up and only the attendees that professed to be Trump supporters were actually allowed into the event.  The truth is that Donald Trump understand a powerful principle to marketing events and that is that you have to invite more people that will come.  The vast majority of people that RSVP for any event will ultimately not show…  This means that if you simply count on those registered attendees to show then you’re actual attendance will always fall short of your expectations.

A successful event should always have to turn away a few attendees to show how popular it is and to ensure that you actually get maximum attendance.  The only way to accomplish this is to issue a substantially larger number of invitations that would double or triple the occupancy levels of your events if everyone showed up.  While many might get excited about the risk of having too many people show up you can relax because this won’t happen unless your were some kind of rock start giving away free tickets.  A side point is that you will always get more people to show up to paid events instead of giving away attendance for free.

If you’re a managed services provider that understand that you should be holding local events like lunch n learns, golf tournaments and mixers then you need to promote them.  It’s critical that you stop worrying about inviting too many people or having too many registered attendees.  Unless you invite far more people than you actually want to attend then you will likely have an under attending IT services marketing event.  The final point is that you should always invite as many people as possible, invite everyone!