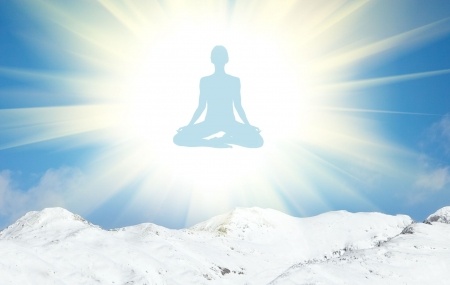 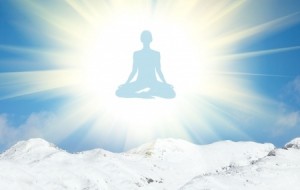 When I started working at CIT CLOUD as their business development director I was told that I wouldn’t receive any referrals.

This is because of the IT appointment setting skills I  had developed over the previous 13 years.

Of course, this challenged my ability to set appointment with prospects that don’t have needs and prove they can be closed.

Setting The Appointments Was Easy

Of course, setting up sales meetings is easy as cake when you use my secret ultimate marketing technique. The first thing I did after getting hired was get my marketing system approved and budgeted to implement.  Over the course of several months I was able to prove that it was possible to set appointments with prospects that were happy-with-what-they-have.  The issue at stake was that since these people wouldn’t admit any pain points it will be extremely difficult to sell them on making a change.

I have always maintained that if a decision maker agrees to set a face-to-face meeting that you have a chance to make a sale even if they keep saying they are not looking to change.  The bottom line is that their actions speak louder than words and I have seen over time that these executives are of two minds as they truly don’t want to change but usually have underlying issues starting to bubble that have not boiled over to reach the boiling point.

Closing The Sale Was Not Easy

While persuading these poker faced prospects was fairly easy because I was able to use my secret ultimate marketing technique and was able to set up to 20 or 30 appointments every month.  However, once you have gotten these prospects, that are happy-with-what-they-have, through your sales process most likely they will still not be ready to close.  Of course, this is where my amazing follow up process begins as I implemented a multi touch marketing initiative.

Over the course of six months to one year I kept sending out marketing materials to the prospects in my sales pipeline that all told me at the outset they were completely happy with their current IT provider.  Then I would send out invitations to networking mixers, golf outings, basketball suite box invitations and more.  The owner of the company was very enlightened and willing to give me enough time to prove that these type of prospects can be closed.  However, he did start to voice his scepticism over specific sales leads by saying he didn’t think they would ever close.

What Happened When The Smoke Cleared

One by one these happy-with-what-they-have prospects begin to sign cloud services agreements toward the end of the first year.  One of these sales that I closed was a successful law firm that operated in a building next to our downtown office.  I was able to convince him to join the business networking group that I had created, golfed with him, he attended our Spurs booth and I had several business lunches with him. What I had accomplished was to essentially build a relationship with this prospects that exceeded the one they had with their current IT support vendor.

This is something that the average MSP doesn’t have to do because the majority of their IT sales leads come from referrals that are open and willing to discuss their pain.  Many of these prospects have already inquired of their friends and were told to call your managed services company making them an extremely hot lead.  It’s no doubt that the sales cycle of these hot leads should only last for about three months until they sign an IT support agreement.

Why Was I Compared to a Jedi Knight

After I had more than proved that it was not only possible for the IT appointment setting process to work on those executives that say they are happy-with-what-they-have but that these sales leads could be closed.  Of course, the marketing approach used must focus on a multi-touch technique that attempts to build a relationship that rivals their current computer support vendor.  At this point, the owner was curious what one of the toughest sales I had closed would say about me.

The next time he had a meeting with the managing partner of the law firm that I sold, which we had successfully migrated to cloud computing, he asked the partner what he thought about me.  Later when he reported to me about this conversation he let me know that the partner had said, “David is Relentless”.  That is when I got excited and told the owner that this means I am a Jedi Knight and then he immediately asked me why I would say that.  I told him that in the movie Star Wars Emperor Palpatine tells Anakin Skywalker that they must destroy all the Jedi Knights because they are relentless and it would be civil war forever unless they hunted down and killed every single Jedi Knight.

In conclusion, I would say that it’s clear that you can set appointments with prospects that just have latent needs and still happy-with-what-the-have and they can be closed.  However, not unless you are prepared to become a Jedi Knight and implement a fierce relentless multi-touch marketing campaign.  When you do broaded your mind on this subject you will be able to book far more meetings with your IT appointment setting campaigns and ultimately close a stratospheric number of sales.