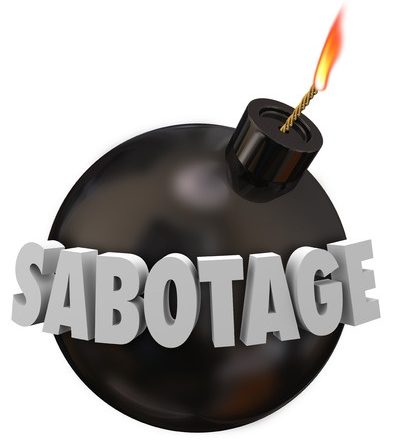 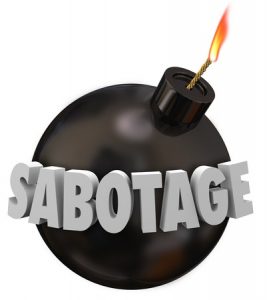 Most of us have watched episodes of Apprentice where one of the contestants will sabotage their own team.
While we see this on TV many MSPs doubt this behavior happens in real life.
However, what are the possibilities of this happening and sabotaging your marketing for IT efforts?

Well just like in the fictional TV show Apprentice the contestants will often sabotage their own team which will cause them to lose the challenge. However, their Machiavellian goal is to make the leader look bad so that he will be fired from the show. This illustrates one of the factors that could motivate an employee of an IT provider to sabotage their own work, so as to make their manager look bad and get fired. Of course, many of these employees imagine that they will receive a promotion and become the new manager themselves. Which is often what happens!
Another factor that can cause an employee to start setting up another for failure is plain old resentment and jealousy. When one of these potential saboteurs feels another worker has slighted them or has become more successful then they will often transform into dangerous saboteurs blind with envy actually setting out to destroy the company’s marketing for IT efforts in some underhanded way.

I can report to the readers that during my stint actually working as a marketing director for IT companies I had my efforts sabotaged. While employed at Support Choice in Houston, TX as their marketing director we had one of your first direct marketing attempts go south. It was the very first time I had witnessed my secret marketing technique actually fail.
However, I was very suspicious of one of the employees under my management who had been directly involved in the distribution of the marketing materials. In fact, he had been very vocal about his dislike of the marketing concept and his belief that it would work. You see the problem was that a large percentage of the companies on our list did not receive the sales materials that would supposed to have been hand delivered. Something I have done many times over with the outcome always resulting in success.
While this employee was blaming the lawyers we had targeted as liars or worse thieves none of his rhetoric rang true. This is when I turned to the owner to find out more about this employee that I now suspected of sabotage. It turns out that before the company decided to hire me as their marketing director he had interviewed for the position and had been turned down. It was then that the whole situation became clear and I finally knew this employee had purposefully failed to deliver the bulk of the materials as he had been instructed to do. Obviously, his goal was to cause my marketing initiative to fail dramatically so that he could then be hired as the new marketing director.

The truth is that this sort of malicious behavior happened at nearly every managed services provider and cloud provider that I worked for. Most of the time the owners would turn a blind eye and allow the sabotage to continue unabated which was wrecking their marketing for it efforts. If you’re an IT provider then it’s important to realize that this type of reckless behavior does exist and be able to recognize when it’s happening. Finally, it critical that you become an effective referee that can read the situation and sort out the saboteurs from the good guys. My last word of caution, if you turn a blind eye to this type of behavior it could ultimately bring your company down.