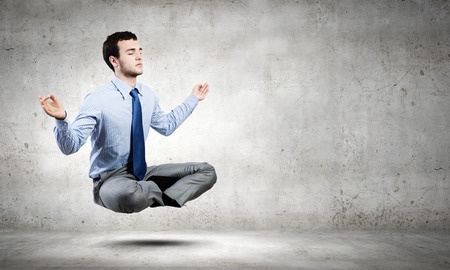 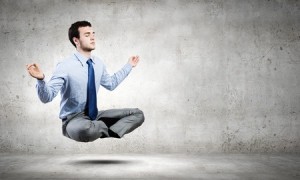 There has been tons of articles written about Star Wars as everyone seems to want to attach their message to this massively popular move.

We all seem to be captivated by the Force and the power it gives to both the light and dark side.

However, is there a true source of uncanny power available for IT marketing professionals to call upon?

The truth is that it’s really not possible for humans to accomplish superhuman feats like levitation or shooting lightening from their finger tips like Emperor Palatine.  I have heard that the Jedi Knights have become a real religion that some claim to as their true faith; but there have been no sensational stories that proves these devotes have exhibited any incredible force powers.  I believe these type of powers are better left to our imagination instead of being pursued in real life.  In fact, it’s great for children and some adults to pretend to have these powers when they are playing around.

Now the title of this articles is not a false teaser since I believe there are hidden powers available to humans it’s just that when unlocked you’re not going to be able to move objects with your mind or anything fantastic like that.  However, some people in extreme situations have been able tap into super human strength for a few moments to save a life.  Just what are these hidden human powers and how can you harness them to your  sales and marketing advantage?

There are two major sources of additional power and strength available to IT marketing professionals that can give them an edge to becoming even more successful.  The first major engine present in the human body that can bestow amazing abilities on the few that understand how it functions, is the subconscious mind.  When you learn how to communicate with your subconscious mind then you will have a super computer at your disposal that can unlock nearly any secret and enable you to hone any ability you wish to develop.  When you fully harness this strength you will be able to both develop plans for success through hunches and put the implementation of them on autopilot!

In some ways, this power can allow those that have unlocked it’s secrets glimpse the future.  That is a possible version of a future that will manifest when you can created when you follow through with the incredible visions the subconscious mind has transmitted.  Most of the greatest inventions of our time were created by individuals that where in sync with their subconscious minds when they were allowed to see visions of their inventions in dreams, hunches or powerful ideas that come straight out of the blue.  These visions are merely communications from the subconscious mind providing us the enlightened answers to any questions we have the imagination to ask!

This second natural hidden energy generator has the ability to super charge those individuals that learn how to control it’s natural release. You see this power comes from a chemical that the body can naturally release when a person faces a fight or flight situation or powerful fear. This magical chemical is called adrenaline and it has empowered many to perform amazing super human feats but it can also imbue IT professional with enhanced marketing abilities.

You see when a person learns how to control the release of adrenaline into their system they can slow their perception of time.  This will enable them to speak more confidently and remember the right thing to say at the right time while still listening to their prospects.  It’s controlled release will give you mastery of any situation at hand when you learn how to transform the natural symptoms of your fears like butterflies in your stomach into this powerful state of mind.  Once you fully understand how to release this powerful state-of-mind then you will truly long for situations that trigger your FEAR!

As far as we know humans can’t shoot electricity from their body or levitate objects but there are some real world force powers that do exist. The two natural elements in the human body that can unleash uncanny power is the subconscious mind and the controlled release of adrenaline.  The subconscious mind can give us access to advance IT marketing plans and successful selling traits that we can put on auto pilot.  While the the controlled release of adrenaline can allow sales people to virtually slow time down and get greater confidence so they can smoothly make presentations,  listen to prospects intently, recall rebuttals and close more deals.  When you master each of these abilities then you will posses unstoppable marketing FORCE !