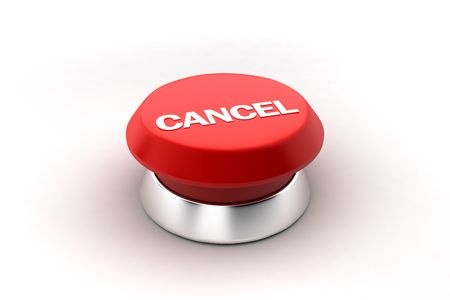 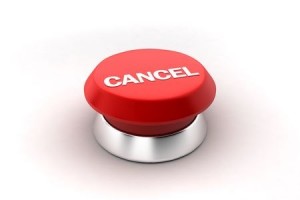 Most computer consultants seem to share a powerful belief that they should confirm their IT lead generation appointments.

I have been entangled in this argument for more than 15 years but it was a recent debate with a cloud provider, who advocated for confirmation, that trigger this article.

So once for all time let’s examine whether MSP’s should confirm their face-to-face meetings?

You see one of our recent warm calling campaigns was delayed as a result of the holiday season and this caused us to set appointments out a month in advance.  Also, we were booking these meetings for a cloud services provider in a different city other than where their corporate office was located.  This meant that the salesman was going to have to travel some distance to run these appointments.  Well, both of these factors caused the computer consultant to worry about driving all the way down to this other city and then discovering that his meetings cancelled.  This powerful fear lead him to instruct his administrator to send out an email reminder asking if the prospects were still going to make the appointments.

This rash action lead to a fall out of cancellations and ultimately cast serious doubt as to whether our warm calling approach was really working. The issue that really lay at the heart of this doubt was questions surrounding the quality of the appointment setting process.  In other words, were these appointments set with prospects that were really interested.  After all a whole slew of them just canceled following the email reminder that the IT firm sent out.  However, when we had a meeting to discuss this issue I was able to provocatively turn the the tables on this argument away from the quality of the appointments and instead focus attention on the dangers of confirming IT sales leads.

One of the facts that seemed to point in the direction of the weak appointment theory was the one appointment that withstood the confirmation process.  Does that mean the other appointments that decided to cancel when they received the confirmation email were so weak that this proves they were never qualified opportunities in the first place?  The truth is that when you have an array of sales meetings they don’t all have the same level of interest but that doesn’t mean the relatively weaker appointments don’t still represent a great potential opportunity!  What’s really going on behind this cancellation phenomenon?

If a prospect has agreed to a meeting and received a proper meeting invitation then why would they need to get a reminder? You see the majority of professionals in most industries live and die by their calendars so once your meeting invite is in their calendar they are most definitely aware of the appointment.  The true sign of an illegitimate or extremely weak appointment happens when a prospect cancels a meeting invitation immediately after it’s sent.  This rapid decline sends the message that they never planned on attending that meeting and only set this up to get the telemarketing off the phone.  Therefore, when you send a meeting invite and don’t receive an immediate decline it follows that the prospect is aware of the meeting and intends on keep their commitment.

When these professionals receive your request to futher confirm the meeting it send the signal that you’re not confident about the meeting. In other words, how do they know you intend to show up for the meeting since you don’t seem very confident.  Often, this can cause an otherwise legitimate prospect to decline the confirmation request.  Since they have been stood up by sales people in the past, the last thing any decision maker wants to happen is to be stood up and have their time wasted.  When you do this you’re essentially under mining all the hard work the telemarketer invested by persuaded these professionals to set an appointment in the first place.  Your fear and doubt are picked up by the prospect as it becomes contagious and infects them with the exact same doubt you projected!

Prospect Will Err on the Side of Caution

It’s important to stop for a second to realize that the most common objection prospect raise is that they don’t have time to set up a face-to face-meeting and this is often overcome when telemarketing agents ask them essentially squeeze the appointment in their calendar.  In other words, from the outset most of these decision makers are fearful they won’t have time to meet with your salesman so what do you think goes through their minds when they receive a confirmation?  I believe these busy prospects think they are being asked to evaluate their day and predict if they will have time for the meeting.  Well what do you think their response is going to be when this was the major issue that had to be overcome in the beginning?  Of course, they will start thinking about all the meetings they have that day and decide to err of the side of caution by decline the meeting.  However, most of the time these reliable prospects would go ahead and meet even if their day was busy because they made the commitment.  This leads us directly to the next mistake connected with confirming appointments…

Confirmation Provides an Easy Way Out!

Once again most of these professionals complain about how busy they are and normally don’t think they have time for a sales meeting.  The reality is that most people want to meet with a salesman about as much as they want to meet with a Tax Auditor.  In other words, they want to meet with sales people about as much as they would like a hole in their head.  These are the sentiments that the calling agent have to overcome in order to persuade these decision makers to fit a meeting in their busy schedule.  Normally this can be accomplished by setting up the meeting in the near future since these prospects are always painfully aware how busy they are two or three weeks out.  However, when you start talking about a month in advance their calendars have not usually filled up yet and it looks more doable.

Of course, as time goes on their calendars will eventually fill up around the meeting you set a month ago and it will seem like a nuisance to many of these prospects.  Just image what would happen if they received an email asking them if they ‘still’ have time for the meeting. Wow, you will see the decline button pushed in no time flat!  I can just imagine them visualizing a pushy salesperson that will end up taking more time than promised on one hand and then all the other meetings they have lined up that day on the other hand.  However, if you don’t give theses individuals an easy way out the vast majority of them would hold their commitments.

The truth is that the IT lead generation process is barely able to create a spark of interest in their prospects.  This spark is extremely fragile and needs to be kindled before it can developed into a solid opportunity.  However, just like a real spark it can easily be extinguished and therefore must be protected.  Much in the same way as a real flame these IT sales leads sparks of interest can easily be blown out by over confirming meetings. Therefore, I suggest that computer consultants don’t give into to the overwhelming fear of being stood up to the point that they end up creating a self fulling prophecy.  Give these tiny sparks a interest a chance by waiting for them to prove that they will keep their commitments instead of assuming they won’t and projecting doubt, causing the prospect to err of the side of caution and finally undermining the sales process by giving prospects an easy way out.