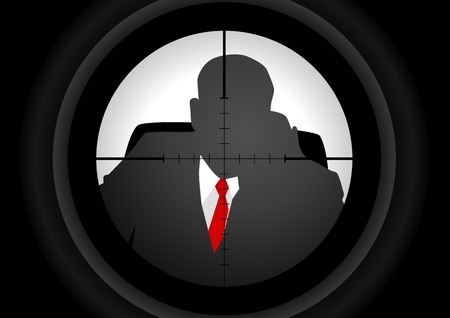 The vast majority of computer business owners have set their sites squarely on finding prospects that have clearly defined needs and pain.

These type of hot sales leads find computer consultants through referrals and are easy to close but difficult to locate by prospecting.

Should technology providers consider directing their IT marketing to a wider audience?

I clearly remember a managed services provider complaining about the quality of an appointment we had set for him in southern California.  This computer business owner described the situation by telling me that when he arrived to the meeting he asked the prospect if they had clearly defined needs and pain that they were ready to discuss.  When the executive responded by saying that they didn’t have any clearly defined needs or immediate pain they were ready to talk about, he abruptly got up for the conference table and left the meeting with out saying anything else to the prospect. He told me that this was because he felt she had wasted his time.  While the actions of this tech salesman may seem extreme and arrogant its still reflective of what many of them feel when it comes defining a ‘qualified lead’.

What Motivates Businesses to Set Appointments?

I think it’s important to try to imagine what’s going on behind the walls of business and in the mind of an executive when it comes to deciding if they want to compare their IT support contracts.  First I think we can all agree that among all the vendor relationships the one companies have with their computer consultant is the stickiest.  This fact is easy to understand when you consider that the most critical part of the average business revolves around their technology and it’s something most of these executives don’t understand.  When you can comprehend these two factors you can start to understand the rationale of most C-Level decision makers.  Unless business operations have come to a grinding halt as a result of a technology malfunctions, they normally won’t consider shopping around.

Of course, the truth is that even one major episodes of hard downtime isn’t enough to tip to scales of executives pain and need meter.  And these facts all seem to validate the narrow minded view that most technology providers have taken.  However, all this ignores the fact that for a decision maker to reach their boiling point there has to be a history of issues that built up over time that may not have been disasters but could have been inconveniences.  These inconvenient technology incidents can build over time and create what we call a ‘latent need’. Latent needs are IT issues and that lurk just beneath the surface waiting to explode at the right time.

You might ask yourself why an executive wouldn’t be willing to communicate their latent needs to a managed services provider.  While that is a legitimate question I think it could best be answered with at little bit of self examination.  Do you go around telling strangers about your problems especially when you hold the responsibility for the conditions that directly lead to those issues.  The answer is that the majority of us normally don’t want to admit that we made a mistake because we feel it will make us look bad.  However, there is another factor to consider as to what might be going on in the minds of these prospects that have latent needs but keep their lips sealed.  Most executives have been around the block and know a thing or two about negotiations and one of those lessons is that smart buyers know that admitting to pain will diminish their negotiating power.

If that’s true then how can you explain the few IT buyers that are willing to break down and reveal all their pain and needs to a cloud services provider.  Why aren’t these savvy decision makers keeping the truth close to their vest like the rest of the business prospects?  The truth is that when a manager or owner finally does reach their boiling point they have normally run out of options and are facing dire consequences. This pressure can cause even the shrewdest negotiator to lose their cool and forget all about maintaining a poker face.  However, this type of pressure isn’t that common and is really more of the extreme than the norm.  This is why it’s common for a traditional prospecting campaign to hear nearly every contact tell them they are so happy with their current IT provider.  Most of these decision makers are truly happy and the rest that do in fact have latent needs piling up are still in a position to keep up appearances.

How Can you Identify Latent Needs?

This answer to this question is extremely simply as I have learned that people don’t always say what they mean but actions speaks louder than words.  In other words, when we can talk to a business executive that tells us they are happy with their current IT vendor one of two things will happen.  Either they will set up a face-to-face meeting with a sales person or they won’t.  It’s pretty obvious that when a prospect is adamant that they don’t want to change and maintains that stance throughout the entire conversation they are telling the truth.  However, if you can entice this prospect with the art of persuasion to set up a face-to-face meeting in spite of the fact that they claim to be happy with their current IT vendor then you have a identified a prospect with latent needs!

The bottom lines is that executives don’t set meetings to waste you time because they are far more worried about wasting their own time if they in fact don’t have any interest.  When any decision makers legitimately agrees to an appointment then there is a chance to make a sale. This is what they are saying with their actions, “I might be a prospect and I want to find out more” even when they are saying the exact opposite with their lips.  Therefore, even though latent needs are invisible they can still be identified!

While targeting prospects that are willing to reveal they have pain and need are easier to close you still can’t grow fast enough with these leads because they are rare.  The reality is that there is a vast ocean of IT marketing opportunities available to the average computer consultant but they would have to admit that latent needs do exist.  Then they should widen their target market to include meeting with prospects that say they are happy but agree to meetings.  Of course, this controversial idea raises more questions. Many may still question whether prospect that only have latent needs can be closed.  I will cover this intriguing question in my next article.

So stay tuned to this channel!

If you want to find out more information about our services then contact us at (210) 758.4971 or visit our website MSP Knowledge!