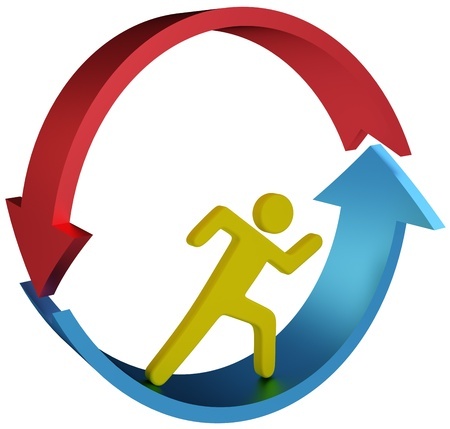 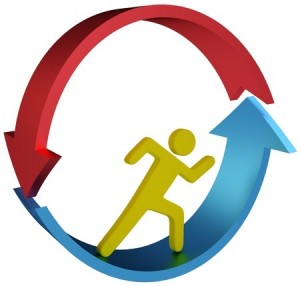 recently visiting a computer consultant at their offices in Austin when the subject of Sandler sales training came up.

The IT provider started to rave about how amazing the Sandler system was and how adept he had been at mastering the techniques and applying them in his sales process.

Eventually he tried to apply a litmus test against my IT marketing knowledge based on the Sandler system.  However, the million dollar question we should all consider is whether the Sandler systems should really be getting all this credit?

What is The Sandler System?

This incident was not the first time I have encountered a managed services provider that has fallen in love with the Sandler system as this approach has massively penetrated the sales and marketing of many if not most of the computer consultants.  It has taken me some time to figure out exactly what this approach is really all about; but after sitting on the presentation of these Sandler trained MSP’s I have come away with a clear understanding.  Essentially, the Sandler system is a way to draw out the pain points in a potential prospect by asking a series of questions.  In fact, I just saw a cloud provider post some of the Sandler questions on a LinkedIn post which once again verified that I had a correct understanding of this popular marketing system.

Once I figured out what that program was really all about it finally made perfect sense why so many computer consultants have fallen under it’s spell.  The vast majority of computer business owners have built their companies by selling to prospects that currently have needs and pain.  They normally derive a few of these hot leads every year through referrals and some times by internet leads.  In these cases I am sure the Sandler system would work fine though I don’t think it’s should be difficult to get these executives talking about their technology problems and pain points.

The problem arises with this system when a managed services provider or cloud computing consultant runs an appointment with a prospect that doesn’t have clearly defined problems and is not even ready to admit their unhappy.  Normally this doesn’t present a problem for most IT guys because they avoid these type of IT sales leads like the plague.  However, I have trained some of these computer business owners and provided IT leads for them to run with prospect’s that had an open mind but wouldn’t admit to any problems.  The result was almost hilarious to watch as the technology salesman would ask the Sandler type question in an attempt to make the prospect admit pain points.

This particular end user executive kept answering the questions by responding that he was happy with his current system and didn’t have any problems.  However, this didn’t seem to deter the salesman I was training from asking more and more of these question until he ended up just going in circles.  You see the average business owner doesn’t want to admit to having problems because this makes them look as if they made bad decisions.  Typically, you will run into a stone wall with the Sandler approach unless the prospect has literally come to the end of their rope with their problems.  You see desperate executives will whole heartily tell you all about their pain, needs and problems until you actually get tired of listening.

Why Sandler Won’t Work 90 Percent of the Time

The reality is that the clear majority of prospects in almost every vertical market will fall into the category of not wanting to admit they have any issues and this is because most of them really don’t think they do have any issues.  However, there is another segment of prospects that do have latent needs that are not yet on the top of their minds which is why they will also say they are completely happy with their current IT support.  These type of individuals are excellent targets but unfortunately the Sandler system will not work on these stone faced executives that are hardened negotiators themselves.

You see not only don’t they want to lose face by admitting they made an error in judgement but they also don’t want to lose their negotiating power by admitting they are not happy with their current IT provider.  Everybody knows that when you are trying to sell something and you admit to flaws that this will drive the price down.  Also, when you are trying to buy something and appear desperate that this will drive the price higher.  I will reiterate that unless these decision makers are at their wits end they will continue to wear their poker faces and this will frustrate any attempt at applying the Sandler system effectively.

While the Sandler system will be useful for getting ‘desperate’ IT buyers to admit they have problems and then spell out all the issues they have; I don’t think this is really a difficult task that requires a system at all.  However, this system will not work at all when you apply it to prospect that have not yet experienced disaster and consequently burned their relationship with their current provider.  You will need a system that is more counterintuitive and won’t cause you to merely go in circles when meeting with these tough decision makers.  If you would like to learn more about our unique IT marketing approach then check out our website at MSP Knowledge or give us a call at 210.758.4971