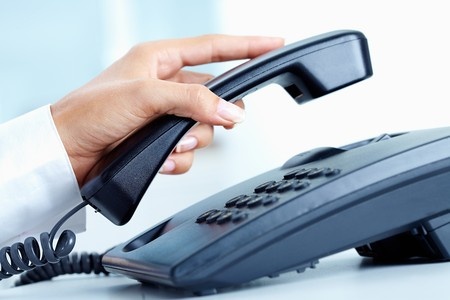 When prospecting for sales leads it’s common to encounter gatekeepers that say the decision makers is on another call and ask if you want to hold.

The normal gut reaction of any IT services marketing agent is to decline and move on to the next call.

Before you put hang up the phone, stop and consider if doing the opposite could actually increase your contact ratio?

The common wisdom regarding holding for a cold call prospect is that you need to get your dialing number up so this would be a waste of time sense most likely you will end up waiting for quite a while and still not speak with the decision makers.   It’s assumed that in the span of the time you wasted holding that you could have dialed more numbers and possible made an actual contact on another call.  This is because the emphasis is normally placed on the number of dials a telemarketer makes each hour.  Of course, I used to subscribed to this logic and was still only able to achieve common results.  However, in my up coming book, “Cold Calling on Steroids”  I outline a time when I began to question many of the sacred marketing concepts and embarked on putting many of these theories under the microscope.  After examining the evidence and utilizing trial and error I came away convince that truth lie in counterintuitive reasoning on this subject, especially when it comes to the subject of holding for a contact.

Most appointment setting agents will assume that gatekeepers are only saying the decision makers is on another call as a call screening tactic to block your efforts at making contact.  However, I have found that these executives really are busy taking one call after another and then getting called into meetings in their conference room all day long.  In my book I reveal that just placing just one single solitary call to a list of prospective companies can simply lead to ‘missing’ these busy professionals. You will likely hear the same message each time you call, “you’ve just missed them” over and over again. Therefore, I began to question this logic of refusing to hold for prospects and started to believe that doing the opposite might be the key to increasing my contact ratio.

You see the first step to making this work is realizing that these so called gatekeepers are not all out to block you but rather their role is to simply act as sort of an air traffic controller for business calls.  Which means that when they say that the person you’re looking for is on the phone they are probably telling the truth in most cases.   If you decide to hold for these prospect then you will be taking advantage of an age old principal that says a bird in hand is better two in the bush.  What I mean by having a bird in hard is that you know for certain that that this prospect is there in the office.  When you refuse to hold and continue prospecting you will keep running into tons of decision makers that are not in the office.  When you decide to hold you will now be in line to speak with this decision maker which makes this opportunity the bird in hand.

The reason this technique is so powerful is because it’s the exact opposite of what the average IT services marketing agent would ever do in a million years.  As soon as you communicate to the receptionist that you are willing to hold you have just convinced her/him that this can’t be a solicitation and must be an important call.  In addition, if you hold for a few minutes in an attempt to reach the decision maker it will make them feel important that you waited and they won’t even think for a second it’s a solicitation attempt. Both of these factors will translate into a massive increase in your contacts!

Therefore, the next time you have an opportunity to hold for a decision maker remember that you really have a bird in the hand.  Holding will convince the phone screen-er that you’re not a salesperson and that your call is important.  It will also flatter the executive that you are holding for which will get the presentation off to a better start.  Stop IT Services marketing efforts to  reach prospects in the ‘bush’ when you can get in line to speak with business executives and dramatically increase your contact’s.