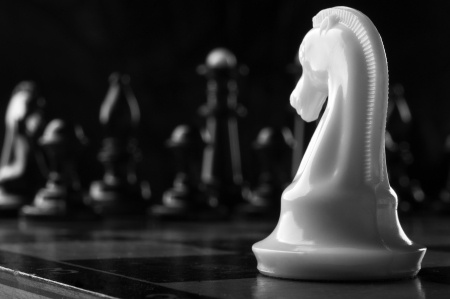 Chess helped me instill in my son the attitude that you can learn more from failure than from winning.

However, I finally realized that I learned more from my own failure at marketing cloud computing than from my past success.

Keep reading to learn the lesson that was drilled into my head from several IT services marketing debacles!

When my oldest son started playing chess the main trait I wanted to inculcate in him was not to hate failure but to look on it as a learning experience.  Even more that that I wanted him to realize that most of the time when you win you don’t learn.  However, the reality is that when you lose it might sting a bit but it can really teach you a lot more about how you failed and what you can do to make a course correction.

The good news is that he took the lesson to heart and eventually became a great chess player and brought home many first place trophies from the tournaments.  However, the teacher was going to have to become the student as I would be forced to learn the same lesson in real life with the failures I faced marketing IT services.

You see I had successfully transitioned the first managed services provider I worked for to the cloud and helped them acquire over 12 new accounts in the first year with a lot of hard work and sweat.  However, when I jumped shipped and landed at a few different IT companies in a row I was not able to repeat the same success for the exact same reason.

There was a powerful lesson that was burned into my mind by several failures in a row after coming away form an amazing tract record.  The common denominator between all the failures was the fact that we pursued vertical markets without any testimonials that had already adopted the cloud in the same industry.  We faced the same question over and over as great prospects always ended up asking, “Do you have any references of companies in our industry that have already adopted cloud computing?”  Of course, not one of these prospects wanted to be a guinea pig and ‘experiment’ with their mission critical network and this lead to all the failures.

Without a doubt the single greatest Achilles heel of IT services marketing is moving forward with an aggressive marketing campaign in a targeted industry without having a powerful early adopter in hand.  Why I didn’t see how critical this was before hand was simply a matter of overconfidence as I was coming away from a win and flush with victory.  If your’re a computer consultant that’s beginning to market the cloud then make sure you don’t repeat the same failure.  Get an early adopter first!