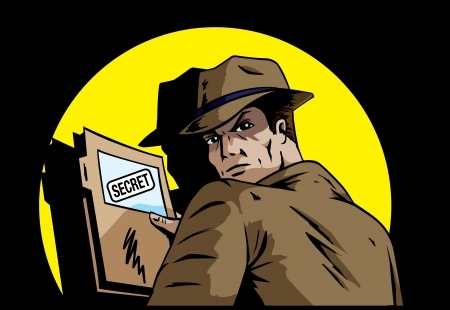 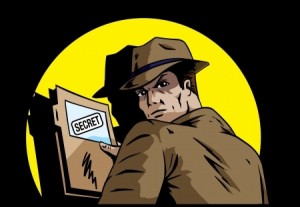 It’s not often that I will break down and reveal one of my amazing cloud marketing rebuttals.

However, I happen to be in a very generous mood so I will open up and explain how to approach one of the most common objections cloud providers will often face.

Since it’s common for end users to equate the cloud with infrastructure they will normally object to the cloud when they have new hardware.  Read more to find out how to effectively address this objection so you can move on to closing the sale!

The First Step in the Process

First and foremost it’s important to address the elephant in the room when your selling cloud services and that is the fact that most end users equate cloud computing with hardware when the reality is that it’s comprised of both services and hardware.  You can start by making sure that the prospect has this incorrect understanding and verify that this is what’s behind this erroneous conclusion that new hardware rules out the cloud.  Next you can agree with them that the idea of moving to the cloud when you have new hardware does sound strange.  However, you want to point out that hardware is only part of the equation by asking them if they pay for any IT support in addition to their hardware cost.

For the more intelligent end users this question alone will cause their ‘light’ to go off but for the rest you are probably going to have to spell it out for them.  The point you want to get across is that your goal is to compare cloud computing against their monthly IT support cost not their hardware cost.  Now you will have the prospect sorta on the same page with you but they will still not get why they would switch when they have new servers and or new desktops.

Understanding the Logic Yourself

At this point I want to make sure that the readers are on-board with my logic since some of you might agree with the end users that moving to the cloud when you have just invested in new hardware would be crazy.  You see the first issue is that it’s critical to see on-premise hardware as part of the problem instead of a solution.  I find it better to see buying hardware as a bad habit like smoking since smoking opens up it’s users to all sorts of horrible outcomes like cancer and heart disease.  Likewise, if end users continue using single point of failure servers and desktop hardware then they are also opening themselves up to a whole series of harmful outcomes like hardware failure, viruses, natural disasters, theft and malicious attacks!  The bottom line is that continuing to use on-premise hardware can ultimately lead to the death of a business just like smoking can kill people.

With that line of reasoning in mind consider what a smoker might say to a legitimate offer of smoking cessation treatment when they have just ‘invested’ in several pack of smokes.  You might hear them say that now is not the right time since they just bought a lot of packs of a deadly product that might kill them.  That sounds ridiculous but essentially this is what end users are saying when they want to stick with their new hardware that could ultimately cause the death of their company.  If they truly understood the risk then they should be anxious to dump the on-premise model and break that nasty habit!

Now granted you probably don’t want to approach your prospect by telling them their hardware is like smoking but there is a much easier way to explain it to them.  I simply ask them to follow me on a brief illustration that might explain the concept a little better.  On one hand you have your current hardware cost and the refresh cost of upgrading the infrastructure every so many years. Now on the other hand you have your IT service and maintenance cost that you probably pay for on a monthly basis.  At this point I tell these prospects that I want them to image that their current tech provider comes in and tells them they are going to offer a new plan.  They explain that their monthly cost will remain the same going forward but they will begin providing new hardware at no additional cost and constantly upgrading it.  Then I boldly ask, “Who in the world wouldn’t take that deal?”  It wouldn’t matter if you had new equipment because they would be bringing in newer infrastructure at no additional cost!

I sum up by explaining that a true cloud computing offer should be able to match their monthly service cost and then eliminate the need for having on-premise servers and expensive desktops along with all the refresh cycles.  Then I like to explain that the on-premise model has many vulnerabilities as they are exposed to the very real possibility of getting viruses, costly hardware failure, the possibility of theft, local disasters etc…  Then I tell them that many of the businesses that truly understand their risk are trying to extricate themselves from the on-premise model as fast as humanly possible.  Then you can tell them that your company can wipe down their servers and either have them destroyed or they can recoup their cost by reselling them to some poor fool that still believes in the failed on-premise concept.

Unfortunately, this objection is all to real and if you have not already encountered this road block to selling your cloud services then you most likely will very soon.  You will be surprised to learn how effective this technique can be on end users if only you would take this tip to heart and remember to use it on your next cloud marketing presentation.  If you want to keep getting tips like this one I can’t guarantee that I will freely give away any more of these secrets.  However, if you sign up for our marketing program then the flood gates will be opened and my cloud presentation secrets will overflow.  If you want to find out more about our services then check our our website MSP Knowledge or give us a call at 210.758.4971.