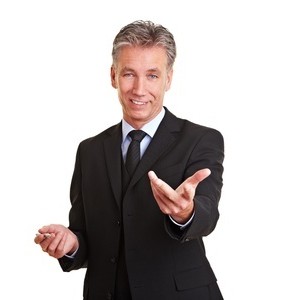 During this movie the coach inspires his team but eventually his motives are called into question. Some on the team are angry and don’t want the coach attend their next track meet; but one player makes an insightful statement: “They won’t let us play without a Coach!” How could this impact your decision to hire an MSP sales coach?

Every Business Needs a Coach

Apparently in the sport of cross country there is a rule that says each team entering into a match must have a coach before they will be allowed to compete. As soon as I heard that statement I immediately thought it would be interesting if there was a rule that technology entrepreneurs must employ the knowledge of an MSP sales coach before they would be allowed to start running an managed services or cloud computing enterprises.

Of course, some might feel this would restrict our freedom but I am not actually advocating for a rule like this to be adopted into law. However, I think it’s a good lesson to take from the movie and the cross country sport that the less experienced should be guided and even more so protected from harm by those that have more wisdom.

If you think about it, lots of activities require people to have extensive training and even be coached by trainers. Both the legal and medical field require that individuals undergo rigorous training and work under supervision before they are allow to practice their craft in the real world.

However, in the general business world all you need is the money to secure an LLC or even just the filing fee to record a DBA and suddenly you’re in business. I applaud the freedom of such an unrestricted business environment but on the other hand I just wonder if the world would better off by requiring entrepreneurs to take a business class or hire the services of a business coach before they were allow to go out into the world and ply their trade.

Right off the bat, I could see there would be less business closures, bankruptcies and family issues like divorce that result from failing businesses. Of course, there would be far less unemployment and the average employee would probably face far fewer disruptions in their lives as they are not forced out or laid off as a company goes out of business.

Why Would a Coach matter?

I have been amazed as Marcus has even observed business problems stemming from the relationships of management team, who often are family members, and has restored harmonious relationships between partners that had bad blood for years.

If you really want to start or continue a business and ensure that you remain a profitable then it’s critical to start working with a business coach that has experience in your vertical. Often, they can ‘see’ solutions that you would never think of in a million years and ultimately help you avoid bankruptcy or worse, working hard and “not paying yourself”!

So before you begun that next technology startup make sure to think like the McFarland player and remind yourself that you can’t play without an MSP sales coach.