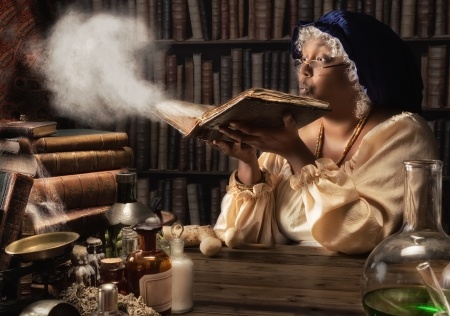 Imagine you’ve just returned from the latest managed services trade show and are exhilarated about the sales training program you purchased.  You can hardly wait to unwrap the package and look at all the materials you will soon begin studying and implementing.

However, if you fast forward just a few months from this date what progress would the average computer consultants have made?  The sad reality is that often these sales materials just end up in the basement collecting dust.

For years this phenomenon  baffled me until I actually worked for a computer business for almost two years and then the reasons become abundantly clear, see why?

After years of trying to understanding why many IT consultants seem to operate differently for the average business it wasn’t until I started working as the Director of Business Development for a local computer business that things started making sense.  I began to see how projects took longer in a computer business when I recommended Quosal and was told that the company already had purchased it.  Later I discovered that we had gotten Quosal over a year ago and it still had not been implemented.

A few months later I was tasked with overseeing the development of a new website and I saw this project creep on for literally a year and a half.  To be fair the fault for this can’t be laid completely at the feet of the developers.  Of course, there were some delays on their part but the lions share of responsibility lay with our company’s bottle-necked internal processes.  These are just two stark examples of how many important internal projects can slow to a grinding halt behind the walls of the average technology providers, but why? Mobilbahis

The two most important factors that contribute to this gridlock would be the owner’s inability to properly delegate these projects ( not micro managing ) and actually having other people that can work on projects besides the owner.  I think the issue of not really having a team affects far more managed services providers than the failure to simply delegate.

A very large percent of computer services directors face a time management crises as they undertake too many tasks in their business. Often I hear owners say that they have a lot on their plate as they delineate a draconian list responsibilities ranging from payroll, HR, performing audits, engineer of last resort, marketing, sales and even more when you start factoring in their social life.  One managed services director sat on more board meetings than any executive I have ever seen.

Now that you can image this extremely tight scheduled environment where the owner really has almost no real time to dedicate himself/herself to any more responsibilities, doesn’t adding more to the pile almost seems like lunacy?   The sad reality is that no matter how determined the average computer consultant is to implementing what they may learn from the sales training, for most it will simply never get off the ground.  The hectic pace at the office will take hold and kill the sales dreams that most of these trade shows have ignited.

In conclusion, I believe that sales and marketing are the two functions that should be delegated to a professional instead of computer business owner trying become a jack of all trades but ending up a master of none.  Therefore the next time you’re offered a do-it-yourself sales training program, take an honest evaluation of your time and if this articles describes you then just take a pass on buying those materials that will just end up collecting dust!

Of course, this raises and even greater problem among MSP’s and that’s how extremely difficult it has been for many of them to hire good sales people.  This has contributed to the thinking among many owners that they have to do everything themselves including IT sales.  However, I will address this issues in our next article, so stay tuned.