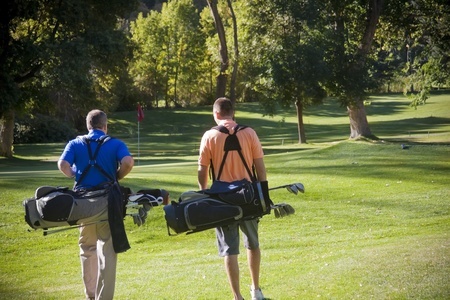 When I took the job as the director of business development of a local computer consultant I knew It was going to be difficult to prove my marketing system.

Trying to convince a computer business owner that you need to take prospects golfing, to basketball games, dinner etc…  is an extremely tough sale.

However, over the course of a year and a half this owner became a believer and the following story illustrates the dramatic effects you can get by building this type of relationship, read more!

When a salesperson just mentions the idea of giving anything away in the marketing process like lunch or a round of golf the owner usually will make a sour face as they visualize throwing money away.  The bottom line is that majority of them refuse to inject sweeteners in the sales cycle.  Of course, the reason for this is because computer consultants typically get all their leads from referrals and internet leads.  These type of prospect normally have some clear defined problems and someone they ‘know’ has made a recommendation.

These two factors make these leads very powerful because the relationship that the person had with whoever made the referral normally gets transferred to you.  I like to call this phenomenon the transfusion of trust that occurs in referrals.  For this reason it’s not required to go any futher building a relationship by taking these people out to lunch or to the big game…

However, once you move away for these typical lead sources and step into world of IT telemarketing then you will be dealing with prospect that don’t know you from Adam and won’t have any clear defined problems.

It was in the midst of this prevailing attitude that I begin my journey trying to prove that paying to build a relationship with cold called prospects could pay off big.  It all started when I meet the CFO of a local bank at an chamber networking event.  During our conversation he stated that he would entertain a proposal on cloud computing and I pursued him for several months after that until this meeting finally happened.  What happened next surprised me as he was so impressed with my presentation that he arranged a lunch meeting to introduce me to another banker.

Now admittedly this was a referral but I didn’t have a strong relationship with the first banker therefore the transfusion of trust was so light I would say this equaled a typical telemarketing lead.  Eventually, the first banker moved off to Seattle and that deal came to an abrupt end.  However, I continued to focus on the referral and looked for any chance to build a relationship.  During our first meeting over lunch I had learned that this banker loved golf, basketball and his teenage son was on the high school basketball team.

Since I had a good relationship with one of the Spurs marketing reps I started thinking about setting up a father and son trip to watch the spurs.  I got some great seats near the floor and then delivered the tickets to the banker at his office.  Needless to say he was very excited about the game and having a chance to spend time with his son.  During the game I bought the beer and snacks and we all cheered the spurs until we began to loose our voices!!!!!

After this business outing I started planning the ultimate golf outing to lure this banker out once again.  It just so happened that I had worked out a deal to play one game a month at the prestigious TPC San Antonio  golf club with the course manager.  I issued the golf invite to the banker and the next thing I know we were playing golf together on one of the most beautiful courses in San Antonio.  I can tell you that we really got to know each other over those four hours and really forge a friendship.

In the middle of working several deals, including this banker, in San Antonio I ended up taking another job in Houston as the Director of Sales & Marketing for a cloud provider.  Just when all the excitement of building this level of rapport with prospects in San Antonio started to fade from my memory, I decided to reach out via LinkedIn to my old friend the banker.  Just after I messaged him on LinkedIn the next thing I know my phone is ringing and when I answered it turned out to be the Banker!  He begins to relate how several months prior he tried to find me at the last company so he could sign up for our cloud computing proposal.

However, he told me that when they sent out a salesman that wasn’t me me ended ties with the other company and turned down their proposal because he wanted to deal with me!  I am not telling this story to brag or boast but instead to educate those managed services provides that this type of rapport building is still needed in their marketing.