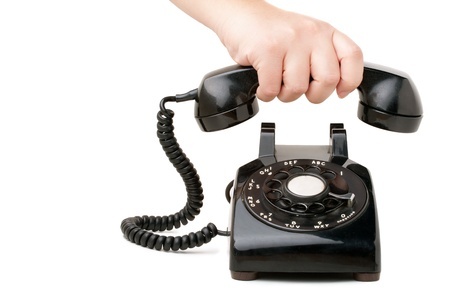 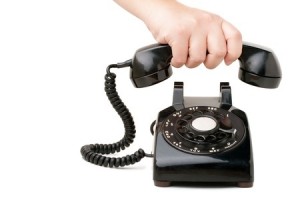 Today the mantra is that cold calling is dead but I was surprised to learn that a technology giant was personally involved in telemarketing early in his career.
In the early days of Apple’s development Steve Jobs knew he had a tiger by the tale but things weren’t moving fast enough so he resorted to what many today would deem unthinkable.  He dialed for dollars and discovered some powerful lessons along the way, find out what they were!
It’s A Numbers Game
Steve knew his band of misfits were going to need some additional funding if they ever had a shot at creating a market for personal computers.  So he made a list of all the Venture Capitalist or VC firms in California and with his old analog phone started making calls to reach these investors to pitch them on his vision for the Apple II.
Of course, he developed a huge funnel of prospects and diligently called every single contact on his list and even had to lock horns with a few gatekeepers on the way.  In order to make his way through all those contacts he had to brave a lot of criticism and negativity but he kept moving forward.  It wasn’t until he had hung in there with his phone calls by calling everyone that he finally got some results.
Actually it was if defeat when Steve finally felt he had called everybody he could possibility think of that success finally came knocking at his door.  This was in the form of a motivated VC ready to take a risk on the personal computer.
Persistence
However, it wasn’t merely playing the numbers game that lead to this amazing success of actually landing an investment partner.  It was clear that Steve had not only called everybody on his list once but he did it multiple times, which demonstrated his passion and dedication to his mission.
It was the persistence that impressed just one contact on his list who then reached out to someone he knew would be interested in funding Apple.  Therefore, Steve literally dialed for actual dollars to help get the Apple II to market in style!
Fin
If simply getting a contact list and making lots of phone calls could help launch one of the greatest companies of our time, just think what doors telemarketing might still be able to open for managed services providers.
Food for thought!