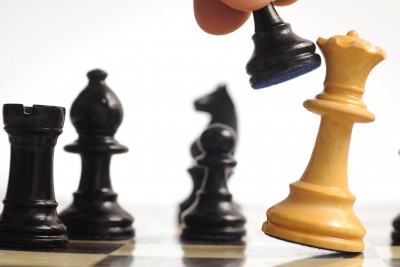 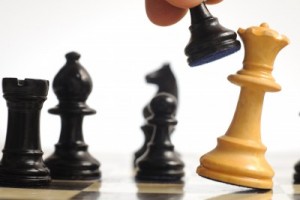 One of the more advanced chess strategies involves knowing when to make a sacrifice to change the dynamics of the game.

Often this technique is employed when the board becomes locked up with neither player having an clear advantage.

Many times computer consultants find their IT marketing success locked up in a virtual stalemate, should a sacrifice be considered?

Should You Consider A Sacrifice?

Over the years we have worked with several managed services providers and helped them successfully add new clients until suddenly there is a bump in the road and all the sales dry up.

Many times the IT people are quick to say that IT lead generation has run into some issues that has caused the sales to stop flowing.

While others that have a professional IT sales person in place may be quick to throw them under the bus by placing the blame squarely at their feet.

However, we believe that there is often something more fundamental at work that might have more to do with saturation in the market place of certain services that are being offered.

This exact situation happened with one of our past clients, that had a successful two year run with our IT appointment setting services.

They felt the sales had dropped off and wanted to know what we could do to turn the situation around.

Frankly, I told them that their service offering had become stale in the market place as many other firms were now offering that same level of service.

Here is where the sacrifice comes into play; I told them that to become successful again they had to change something about their offering to differentiate them once again.

In their case I suggested offering a money back guarantee for their new customers first  month of service.

Later in that month they were able to get a new prospect that became a new customer only weeks after the first sales meeting and she stated that the money back offer was key in her decision to switch so fast.

The Best Is Behind Us

If you feel like one MSP who recently told me that the best years of making easy sales with BDR was behind us then it’s time to reevaluate your IT service model.

Because if you’re prepared to make a sacrifice then you can easily change the dynamics of the market and get back to the point where making sales is like taking candy from a baby.

It just takes a little research to see what new services are on the horizon and getting behind these early by taking them to market before the competition!

The good news is that product differentiation is a breeze in the tech business because technology is always creating new and exciting categories!

The most important thing is to first check your attitude by getting rid of any negative sentiments and then start rolling up you sleeves researching the new and exciting services that your going to add to your model.

These changes represent the sacrifice you must make if you desire to change the marketing game in your favor!