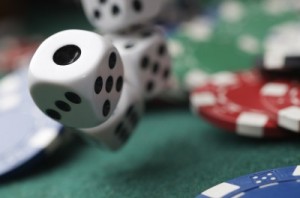 Recently Robin Robbins raised a critical issue in one of her articles about who managed services providers should get in the first sales appointment.

I thought her idea was very provocative as she was suggesting that you ask the contact to make sure all the decision makers be in the first sales meeting.

This seemed to be an all or nothing approach to marketing, but could this cause you to gamble away IT sales leads?

If you are successful at getting all the executives in first introductory sales meeting then this could give you great insight into the true potential for making a sale.

Many times there is an unseen actor that might be working behind the scene to derail your entire sales process because they were never on-board from the beginning.

However, you would be able to identify this grumpy character in the group meeting and possible neutralize their influence.

If in the end it turns out that this unhappy actor is the primary decision maker then it might be best to just cut the line and save yourself from wasting valuable time.

Don’t Throw Out the Baby With the Bath Water

The problem with this approach is that unless all the executives believe that IT is the most important issue then it will be extremely difficult to get all these people in one meeting.

You might find that some prospects simply reject this idea outright while others who profess a willingness to comply will simply fade away as prospects over time.

When the smoke clears you might find that you have burned a lot of well qualified IT sales leads.

We have found with our IT marketing process that when we don’t sweat over this issues that we end up meeting all the right people organically.

Often these executives might not be present in the discovery sales meeting but will show up to a lunch-n-learn or we can meet them by attending one of the prospects events.

Many times when we have reached the tipping point in the sales process we are simply told by the subordinates that we will have the final meeting with the decision makers.

On the flip side I can relate several situations where we just meet with an office manager at law firms and came away with a signed agreement without ever meeting any others executives.

To be fair to Robin she did state that this approach might not be right for the computer consultant that was just starting out.

However, I feel that this style could possibly contribute to the already tarnished reputation many IT people have as being extremely arrogant.

After looking at all the facts you might try this technique if you already have more money than you can every dream about!