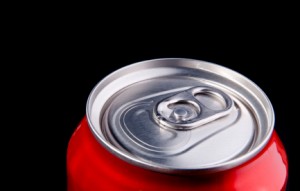 The wrong turn I was alluding to was when Coca Cola made the knee jerk reaction to pull coke and promote a new Coke formula!

This is considered one of the greatest business debacles in modern times.

MSP Telemarketing made a similar blunder but it has since turned it into pay dirt for IT marketing!

The Rest Of the Story

Of course, hide sight is 20/20 because if you were in Coke’s shoes and during the 80’s Pepsi international taste test was beating you hands down everywhere then your corporate board would be up in arms.

Something had to be done in a dramatic fashion to stop the bleeding from losing customer margins to Pepsi.

No one would have predicted that Coke would have to actually change their formula and pull the classic taste of Coca Cola that was practically a nation treasure.

However this is exactly what Coke did when they introduced “NEW COKE” to the world which subsequently went over like a lead balloon.

The rest of the story is that Coke rose from the ashes of that stellar failure to new marketing heights when they brought back the original formula and called it Coke Classic.

Some conspiracy theorist accused coke of hatching this evil scheme yet one of the executives from that time said, “We were not that stupid or that smart.”

Our Blunder Into Success

At the beginning of 2012 we decided to back our own IT firm in San Antonio and put our model together lined up investors and started selling managed services.

Of course our marketing was wonderful as we became a rising star with Axcient selling their amazing BDR service.

However we ran into trouble because of not hiring the right technicians and decided that this move had been a mistake perhaps a disaster.

During the process of marketing for our own computer business we realized that cold calling doesn’t work as it’s not consistent and can’t produce sales leads fast enough.

This is when a wrong turn led to one of the greatest discoveries in IT marketing history.

What Was Destination Success

When we were in the middle of this ultimate failure we realized that cold calling was not working and that we had to go in a completely different direction.

We decided that the people we were going to call had to be ‘expecting our call’ to speed up the process and get better qualified appointments.

This is when the Ultimate IT Marketing system was developed!

So just like Coke we were able to literally snatch victory from the jaws of defeat.

More people could also turn a wrong turn into success if they would admit when they failed and own the failure and more importantly look for ways to learn from failure.