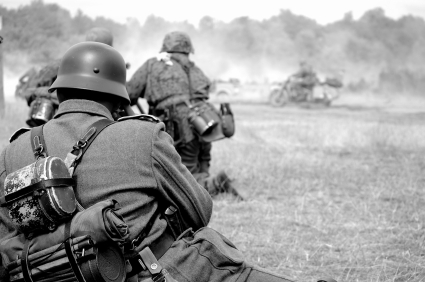 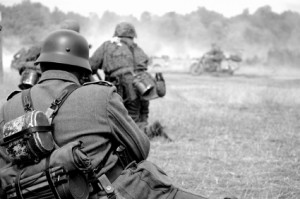 Often when conducting sales meetings with potential IT prospects, it can be easy to lose focus on your ultimate goal and get bogged down in the marketing weeds.

This can happen when you’re laying out the services you believe are your unique selling proposition and the prospect continues to argue that the smaller details that another company offers are superior.

It can be tempting to get into an entrenched battle over these minute details; but you might be losing the MSP marketing war!

I was in the tallest building in San Antonio on the top floor meeting with the IT director of  a law  firm that was looking for a disaster recovery solution.  The Axcient sales rep was in town doing some co-marketing with our IT firm and had accompanied me on this sales meeting.

It was during the slide show presentation that we started going over all the features that Axcient offers that we believed was superior to the competition that we started getting feed back from the prospect about what they had in place currently and what services they had previously considered.

We seemed to be getting general agreement that most of what we had put on the table was going to be better than what they had and even better than the alternative solutions they were considering.  However, when I suggested that one of the features the other solution provided wouldn’t even be useful, then the tone of the meeting changed.

I suddenly realized that I had entered into a pitched battle over whether that feature would be utilized and his guard was up as he was now on the defense.

Lose The Battle So You Can Win The War

Finally I came to my senses and started what I call aggressive back peddling, this is where I admit that I was wrong and start trying to see the perspective of my opponent.  Well as soon as I admitted that that feature might ideally be the best way the prospect admitted that it was really astronomically priced out of their budget.

The tide had turned as we got  the prospect back into agreement with our marketing presentation and we were now in the running to give a larger presentation to the corporate office. Our ultimate success hinged largely on the enhanced and state-of-the-art technology that Axcient solutions bring to the table!

In the future make sure you don’t get bull headed over some small detail when you can diplomatically concede those smaller points and in the end win the marketing war by closing the deal!