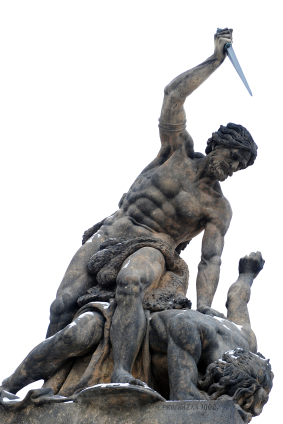 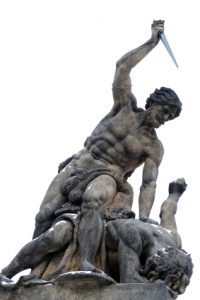 In the Greek legends the Titans ruled supreme until Cronus became fearful he would lose power and started making some bad decisions, namely eating his children.  It was foretold through a muse that one of his children would seize power from him and the rest of the Titans.  Perhaps this became a self fulfilling prophecy but either way Zeus lead the Olympians into battle and defeated the Titans, banishing them to Tartarus.  The message here is that if you’re on Top then you have to be very careful because there is always someone gunning for your position from behind.  In the case of the data backup world the current Titan is under attack from the new Olympians on the block, Axcient!

With out naming any names, the current title holder for selling BDRs in the managed services channel has taken some missteps of late.  Whether this has transpired as a result of over confidence by trying to take on too much or just simply because they took their eyes off the IT marketing and operations ball, I can’t say for sure.  What I do know for sure is that no god, country or company can stay on top forever.  The evolution of the markets is inevitable but the question that I propose is if and when a seismic shift might take place leaving the Olympians ruling the data backup world and banishing the Titans?

Are These False Predictions?

What prompted me to make the comparison with the fall of the Titans and the backup and disaster recovery world?   In the past few weeks I have been asked by computer consultants to make a recommendation for a new BDR solution.  On more that one phone call I was told by these resellers of the current Titan in the industry that they had lost confidence in that company and were actively searching for a more solid technology to transition away their backup and disaster recovery business.  In all these cases I was able to recommend Axcient without hesitation or equivocation.  However, what is behind the sudden lack of confidence in the current Titan of the Industry?

Some of the issues that were raised by these manged services providers dealt with the financial status of the current Titan in the BDR Industry.  There has been a lot  news about certain payments being missed.  The other matter that was troubling these computer business owners were with the changing entities and new division that were being spun off.  What was clearly discernible from all these calls is that these guys were just hanging on by a thread to their current vendor.

Of course, I believe that this Titan killed the goose that laid the golden egg by taking their eye off the BDR baby that grew their whole empire and instead developed that new cloud-the-box thing-a-ma-jig.  They should have continued to innovate and evolve their BDR unit by oh let’s say making it compatible with most operating systems, eliminating the need to buy the hardware, coming up with their own core software etc…

The remaining question is what will ultimately be the tipping point that will catalyst Axcient to the Top spot.  I have a few theory’s on that but the key is going to come from their financially stability and marketing prowess.  Let’s just stay tuned and watch the epic IT marketing battle unfold!