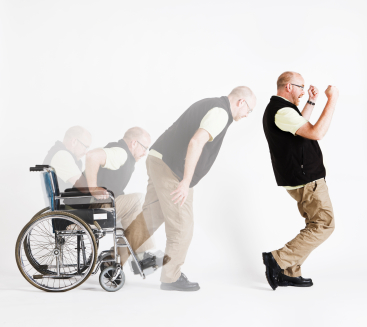 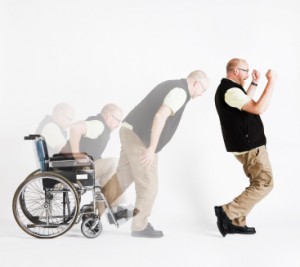 We have probably all seen some movie or TV show where there is either a tent revival flim flam man or a traveling snake oil sales man that puts on a hoax by having a grifter pretend they were cured by either the healing or the elixir.  Perhaps the grifter dramatically stands up out of their wheel chair or releases their crutches and exclaims, “I Can Walk!”  When other people watching the show see how this person was miraculously healed then they start forking over their money to the matchstick men.

Many people today are skeptics because of all the scams going on and I think computer business owners are even morecynical than most about any IT marketing claims they are presented with as evidence that they should buy some service.  I often hear computer consultants say that it doesn’t matter how many case studies, testimonials or references they see, they won’t believe it until they experience it for themselves.  What type of evidence should suffice before moving forward with a marketing decision?

Not Every Claim Is A Scam

Sometimes it feels like many IT services providers literally believe that any reference or even testimonials recorded on video are just a hoax perpetrated by modern day hucksters .  However, we are not living in the days where everyone is just standing around in a crowd watching the unknown stranger in town put on a snake oil show.  We live in the digital age where most business professionals are on linked in or at least can be goggled.

To a large degree anonymity is a thing of the past when you’re working in a tight knit community like the managed services industry.  This means that when you see another computer consultant making claims about a certain product or service that  you can verify who really is making these claims.  I seriously doubt any serious technology vendors are getting some unknown person to pretend they are a computer business owner and make false claims.

Is Everyone A Liar?

Once you have ruled out that the person being presented as a reference is just a shill then the only way to remain skeptical is to assume that these people are outright lying.   This begs the question as to why a real computer services provider would just voluntarily make up a huge fish story about some Channel Vendor without any personal benifit.  Is it just possible that they might be telling the truth?

Some people out there might not follow this logic and remained convinced they should not trust anything except their own personal experience.  The only problem with this type of due diligence is that it can cost a fortune trying learn only at the school of hard knocks!