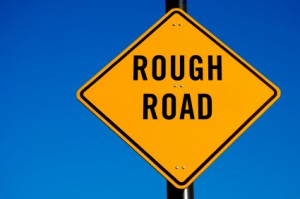 Murphy’s Law says that if anything can go wrong then it will go wrong! However, most computer business people don’t consider that aspect of life when they sit down to plan out their marketing.  The majority of the time when they have outsourced their telemarketing they expect everything to go perfectly.  However, many times when a computer consultant hits a snag or a bump in road during their marketing campaign they tend to have a knee jerk reaction and want to make a huge course correction.  Of course, we need to always consider when the time is right to make changes, but on the other hand if a business is constantly changing direction then they might just end up going in circles.  One good example of this is Block Buster Video’s marketing efforts which keep changing at the first sign of serious competition.  At one point their model was changing so fast it would make your head spin and now they have had to sell out!  So how should managed services providers deal with adversity?

The most important thing you can do is to expect that things are going to go wrong because life is messy.  Often times if you do nothing you may find that the solution either works itself out or at least the solution to the issue present it’s self.  One of the common snag’s that can deeply concern a computer services provider is when some of their appointments cancel.  Many times they want to take draconian measures to ensure that they never have a canceled appointment again.  However, people often have emergencies that pop up from time to time that might wreck havoc with some of your sales meetings.  Recently, this happened to one of our clients and to his credit he never panic or tried to make a huge course correction and we were able to find out that both of the companies had valid reason for not being there.  One had a server failure that happened and it actually increased his interest in setting up another meeting.  The bottom line is that the whole situation got worked out before he ever called us back to discuss this bump in the proverbial road!

The other area where it might be enticing to overreact and make drastic changes is in the marketing message. For most tech providers they are used to doing the needs analysis with prospects that have pain and it almost built in their DNA.  When you are targeting prospects that are happy with what they have then of course you need a different presentation.  But like all things our it services marketing sales process doesn’t work on every single appointment.  So at the first sign of trouble many MSP sales people are willing to jettison the new approach and revert back to simply doing a need assessment.  In conclusion, we recommend that you simply be prepared for adversity to crop up and don’t panic or start making huge course correction, right off the bat.  Try to stick with your current marketing plans until there is solid evidence that it’s not working and then start making plans for slight changes to coarse correct.