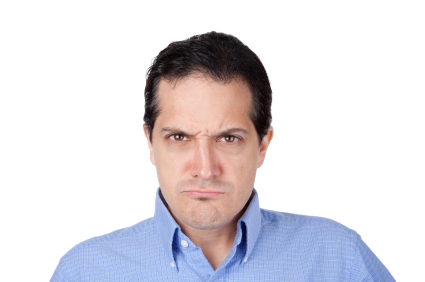 We all remember Grumpy from Snow White , no matter what happened he always saw things with a negative view.  Of course, his attitude was endearing and Grumpy is perhaps one of the most beloved Dwarfs from the classic Disney movie.  However, if someone displayed these same traits in the real world would they be just as well received?  Now imagine a salesperson that had a Grumpy attitude, do you think he/she would be a huge hit?  There is a lot of sales coaching material that focuses on how important our attitude is when it comes to selling anything, even IT services.  The real question is how important is your disposition when it comes to meeting new marketing prospects?

Too many that may sound like a cliche but today more that every before your attitude had a enormous impact on your potential success.  Especially for computer business owners that are conducing marketing campaigns.  To highlight this point, I point to a IT guy that we provided with IT sales leads and I went on some of his meetings for sales training.  During the ride along meetings I discovered that this computer consultant had the most negative attitude towards the leads.  For example as we headed toward one contact he started telling me how he didn’t think this company would pay its bills on time, then he said he didn’t think they had enough money and could never afford managed services.  Later he found out that this prospective company had signed up for a flat fee support through one of his competitors that he shares information with.   All this happened on the way to this meeting,  by the time I had heard all the negative points of view I started having a dim view of the lead myself.

However, I can report that the appointment we had with this business turned out to be one of the best leads in the entire batch we provided them.  The Controller we meet with was new in his position and was revamping everything and paid rapt attention to the presentation and asked all the right questions.  However, the negativity reared it’s ugly head again during the meeting.  The consultant was so skeptical he asked directly if the controller was with another managed services provider under contract why would he be looking at a proposal from us?  The controller responded that he had a three month window that allowed him out of the contract if he was unhappy for any reason.

Unfortunately, even though this MSP lead was one of the most promising and the consultant ended up meeting with the company at least 3 different times.  I think one of the biggest factors that sunk their chances right out of the starting gate was the negative view that the consultant had at first.  So don’t have a Grumpy view of your IT services marketing campaigns, expect positive results and you should strike gold!