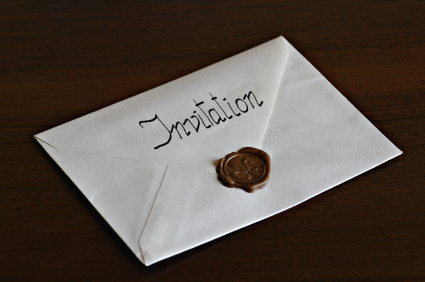 To send or not to send meeting invites is the question we would like to discuss.  Of course, the real issue hiding behind this question is how can a managed services provider make sure they don’t get stood up on their sales meetings.  The issues involved in this question would center around whether sending a marketing meeting invite will help or hurt your chances of having a successful meeting.  On one hand some might think that when a prospect gets an email message allowing them to accept or decline the meeting, that this would make it too easy for them to decline the meeting.  This would mean that you would lose an excellent opportunity to get good IT sales leads.  On the flip side some believe that this will remind the prospect about the meeting they agreed to and since it will be added to their calendar this will only strengthen your chances for a good meeting.  Which side is correct?

We have experimented with sending out meeting invites to end users to confirm the technology sales leads we have set up on behalf of our clients.  Actually, this happened quite by accident when one of our clients misunderstood that we didn’t want him to send out meeting invites and he did send a invite to everyone of his prospects.  Of course, I had always been firmly entrenched in the camp of believers that this would just make it way too easy for the prospect to decline the meeting and kill a golden opportunity.  However, we were surprised to learn that only one of the appointments had declined their meeting and most accepted.  This still left a cloud hanging over the few leads that had received the meeting invite and neither accepted nor declined.  We found that nearly all of these ending up holding their meetings that they had set up and intended on making the meeting, but just failed to accept the meeting.

So try to avoid some of the pitfalls we have outlined here and you should have a successful IT lead generation campaign.  One of the biggest party fouls would be to tell a prospect that you’re going to send a meeting invite and simply fail to follow through.  That is almost always the kiss of death!  On the whole if you send out meeting invites correctly you will find that this only strengthens your IT marketing meetings and you can count on Not getting stood up!