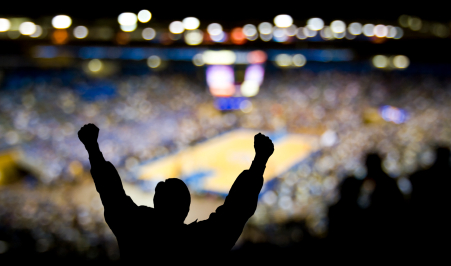 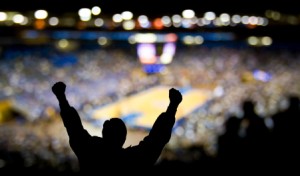 What if your favorite sports team was only able to win 4 out of 5 games? Or if your favorite player was only able to score four times out of the five times they shot the ball?  In sports these type of statistics would be amazing and the fans would be just as ecstatic as the guy in the picture to the right.  In fact even the great Michael Jordan never won every game he played in.  I raise these questions to consider the expectations that many computer business owners have with their IT marketing.  If every single IT sales lead campaign doesn’t deliver a sold account then they often just pull the plug.  So the question we are asking is should every single campaign be expected to deliver a sold managed services account?

What is funny is that I have had some computer consultants ask me if every single appointment was supposed to lead to a sale.  Of course that is impossible unless the IT guys were going on appointments and giving away their services and throwing cash around in the air and had beautiful models making the sales calls.  In the real world we should know that nothing can deliver 100% of the time when humans are involved.  However, some have wondered if they should expect to make a sale out of every single campaign they purchase from an IT lead generation firm.  I have tried to compare this question to sport statistics above to put the question into perspective.  I can also tell you that even the best technology providers that have excellent sales people, the best model and prices, along with great prospects don’t always sale a new account out of every technology sales leads campaign.

However, we have never seen a company that has had decent sales and a good IT model not get at least 20% ROI overall if they kept doing their campaigns over and over again every month through out the entire year.  Yes some of them didn’t get a sales but other campaigns might have garnered 2 or 3 sales.  In addition some of the sales end up being with a Whale of a company.  That means that just that one huge account would payback the entire year of their IT marketing investment. The bottom line is that as long as you keep your net in the water you’re always going to catch something worth while, it’s only when you stop fishing that you risk not getting a ROI.

The last question we want to leave with you is this,  if you know that every single IT services marketing campaign is not going to make a sale but that on average you should be able to get enough sales to get a great ROI, then what happens if the very first campaign turns out to be the dud?  To put this into perspective once again I turn to a sport analogy, what if the team you have watched be put together by a new coach is fielded in their first game and they lose?   Would you give up on that team entirely and stop watching the games forever?

lack is the Marketing Director at MSP Telemarketing and has over 10 years experience marketing for IT providers and VAR marketing to help them get more IT leads that turn into IT sales.