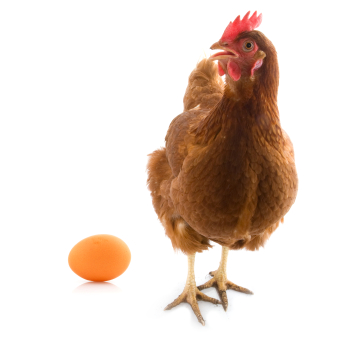 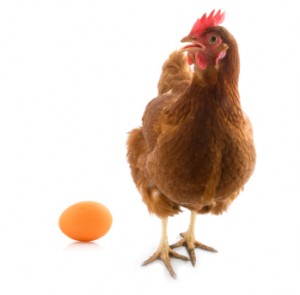 Let’s contemplate that age old question once again, “Which came first, the chicken or the egg?”  This question popped into my head the other day as I was discussing the process by which a break-fix computer consultant can transform into a managed services provider.  The techs I was talking about this with raised a lot of obstacles that would have virtually made it impossible for them to ever make the switch.  The more I listened to the objections they were raising I began to realize that there was something critical missing  from the way these computer business owners were looking at this challenge.  The reason they were even giving any thought to changing their model was because I had made the case that marketing IT would be a lot easier if they were to change from a per hour model to the unlimited support for a flat monthly fee model.  What was it that these IT guys were missing from their view point towards changing their model and how does the chicken or the egg analogy apply to this situation?

Start Marketing IT With A Managed Services Model And Then Figure It Out!

The main issue that was being raised as a barrier that would prevent the computer services providers I was talking to from successfully moving to the managed services model was the issue of overages.  Most of their clients were on the break fix model where they got a certain amount of hours in their maintenance contact.  The issue they raised was that the majority of their clients went over on those hours and racked up higher bills.  They asked me point blank how they could fix the overages ‘problem’.  It was almost as if the entire managed services industry didn’t exist and these guys were innovating something totally new.

It was then that I realized that these business owners didn’t have the desire to figure out the ‘problem’ of overages.  The reality was that they were making a profit every time one of their clients went over on hours.  How genuine could their desire to ‘fix’ that problem be when they were making money from the so called problem.  The more they questioned the viability of the flat fee model and raised objection on how they could figure it out, I realized that this was the kind of thing that you just have to innovate with first and then figure it all out as you go.

Once you have committed yourself to marketing IT with a flat rate model then you will be forced to figure it all out.  Then you will be motivated to solve the ‘overages’ problem because after all it will now cost you money when your clients need more support than the monthly fee predicted.  What’s the connection with the question, “which came first the chicken or the egg?”  This debate is similar to question, “should we figure out how to offer a flat fee before it services marketing or should we offer a flat fee and then figure it out?”