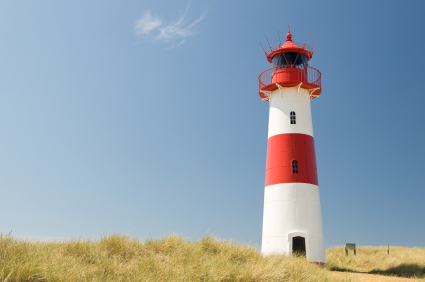 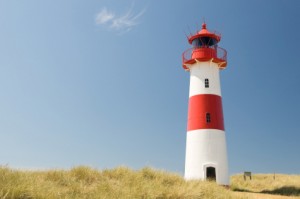 There was a great story in the book, “Seven Habits of Highly Effective People”, about a ship captain that sees a light in the distance headed directly towards his ship. The Captain orders that the other ‘ship’ should be radioed and informed that they need to change coarse.  The two lock horns in a battle over who is going to change coarse, then the Captain comes on the radio personally to inform the other ‘ship’ of his high position and that they are going to have to change coarse.  Finally, the person communicating from the distant light informs the Captain that they are a ‘light house’ and it is the captain who is going to have to make a coarse correction.  Of course the light house represents principals that we can’t change, so the question is what principals should computer business owners consider with marketing for IT sales leads?

Technology Is Always Changing Therefore Fighting Against It is Futile!

I am always amazed at how far business will go to avoid change in general but more specifically what lengths IT providers will go to to avoid having to change their services offerings.  The managed services model has been changing since it started and it is continuing to evolve.  We can either accept that and profit from that wisdom or we can be crushed by those competitors that understand and adjust their strategy.

For over a year now I have been trying to persuade or rather prognosticate, as a voice in the wilderness, to computer services providers that the market is headed for a change and that it will be the 2.0 model.  However, I can say that this change is no longer a theory as we have over four innovative, forward looking tech providers that have adopted to this new 2.0 offering  lock stock and barrel.  We are now aggressively promoting this new 2.0 model in several key markets around the United States and Canada with, IT lead generation techniques.

You can count on the majority of VAR’s out there to drag their feet on making any of these modifications to their services model.  Make sure you’re not counted among them and start looking at what you can do to evolve and offer a stronger value proposition.  It the easiest way to ramp up IT sales leads when the rest of your leads are only coming in in drips and drabs.  When you have a more exciting offer, then you will have something to tell prospects about that will get their attention.  Otherwise all you will be offering is the same old thing they have already heard about or even worse what they already have in place.

The bottom line is that if you want prospects to change, then you have to be the first to make a change!