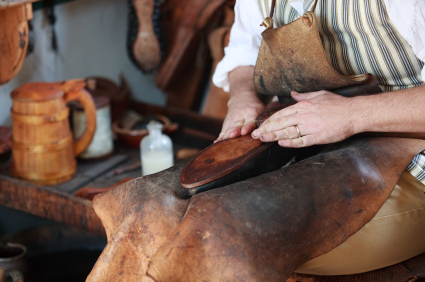 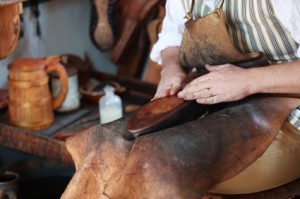 We have all heard the expression that “The Cobbler’s Children’s Have No Shoes” but what exactly does it mean?  It means that while the Cobbler can take of the entire village’s shoe repairs, he is not able to make sure his own kids have shoes.  This expression is often used in today’s society for many professions, but I never thought that it would ever apply to our technology telemarketing services.  Recently I have been focusing most of my attention on SEO and social networking to the exclusion of telemarketing my own services to managed services providers.  However, our close ratio on the social networking leads had been lower than I had expected and I was in a quandary as to where to focus our own marketing efforts on next.  That is when this expression suddenly flashed in my mind and I had an Aha moment.  I decided to start a cold calling campaign to computer consultants since, after all, that is our core competency!

The reason that this might be such a unorthodox idea is because the idea of telemarketing or cold calling has gotten cold water thrown on it over the last few years.  In fact there are some people out there saying that cold calling is dead!  Many business professional believe that there are many other marketing avenues that they should pursue instead of telemarketing because they will have a better ROI.  Of course SEO and Social Networking are at the top of this list along with trade shows and email marketing.  Even though I have a telemarketing company, I had gotten swept up into believing there might be better vehicles for spreading our message.  This is how I had fallen into the trap of giving telemarketing services to others but not for my own company – just like a cobbler!

Therefore within moments of my realization I started our outbound calling to computer services providers in earnest.  We set up a 3 day campaign with two groups, one focused on adding names of managed services providers to our contact list and the other focused on calling to get email address and set up conference calls with the decision makers.  When the three days has ended I was surprised with the results…  I had gotten over 100 email address from new computer businesses that I didn’t have in my database before.  To compare I had gotten about the same amount of contacts from a recent trade show that I attended but I had spent far more money on that trade show than the three days of calling.  However, I also had six appointments and was able to close one sale from the campaign so far.  I haven’t followed up all on the contacts created so the end result will be far better than expected!

Now I am once again excited about not only telemarketing for others but also for my own company.  I am a true believer and very zealous about the results that IT telemarketing can achieve for any IT lead generation campaign.  Now that, as a Cobbler, I have put shoes on my own children it’s time for computer repair firms to look and see if they are following through on the ideas they are promoting i.e. outsourcing companies advocate using the expertise of consultants; but they insist on doing everything themselves for their own business.  Perhaps some IT services providers are in effect Cobbler’s whose children have no shoes themselves.