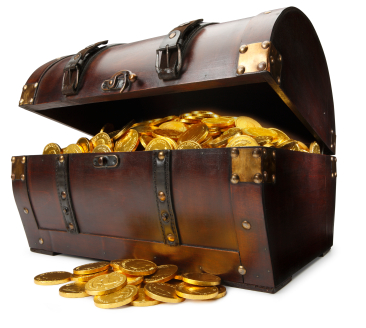 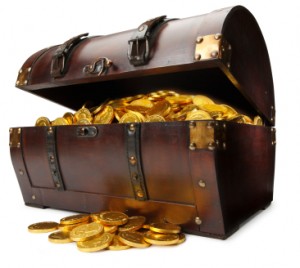 I just got an email from a computer business that wanted us to start over qualifying our IT sales leads….  I Know that many technical sales people end up wanting to save time and just go on appointments that are super qualified.  Essentially what they are saying is that they want the sales to basically be handed to them so they don’t have to work very hard.  This attitude reminded me of an Aesop Fable called, “The Farmer And His Sons”.  Basically the ancient farmer in this story was about to die and he knew that his sons were lazy and were not going to continue to cultivate their farm and they would end up losing the Farm.  This farmer just happened to be a genius at understanding what really would motivate his children to do the hard labor that would ultimately benefit them.  How was he able to do this, even though he was on his death bed and how does this apply to managed services marketing?

There Is Treasure Buried In One Of Your Sales Leads

I would like to reprint this story and then after you have read it, I can comment on how the moral of this story could benefit your IT services marketing:  A Farmer, being at death’s door, and desiring to impart to his Sons a secret of much moment, called them round him and said, “My sons, I am shortly about to die; I would have you know, therefore, that in my vineyard there lies a hidden treasure. Dig, and you will find it.” As soon as their father was dead, the Sons took spade and fork and turned up the soil of the vineyard over and over again, in their search for the treasure which they supposed to lie buried there. They found none, however: but the vines, after so thorough a digging, produced a crop such as had never before been seen.

Hopefully you can see why this story is one of my favorites.  The Father, understanding human nature, set before his sons an amazing story about easy riches they could obtain with minimal work compared to the Huge payoff, a Treasure that could take care of them for the rest of their life.  Of course after the boys had set out to find the buried treasure by digging up and turning over the soil over and over they became disappointed but since they had already done all the ‘hard work’ of preparing the soil they decided to go ahead and plant the crop for that season.  When they had harvested the crops that were planted after being ‘tricked’ by their deceased father, these sons were able to sell their harvest.  It was only then that they realize the ‘treasure’ their father had really alluded to had been the land it self.

Here is where we can connect this story to closing sales from IT lead generation.  Most computer consultants and also most people in general want the easy pay off from a short cut to success instead hard work.  I guess this is why all those late night get-rich-quick hucksters can continue to make millions.  The moral of the story should be that if we can visualize that there is a treasure hidden in one of the technology sales leads you get from your telemarketing provider, then you will work diligently by running all the appointments you get whether they ‘seem’  like they are going to turn into a sale or not.  The recurring revenue that you can generate from IT sales leads are just like productive land… it is a treasure that keeps giving.