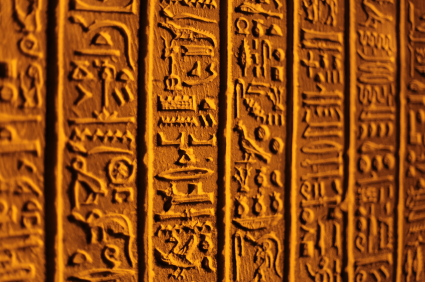 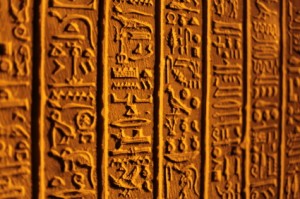 Yes I know that Hieroglyphics and Greek are two different things, but I think both represent things that are incomprehensible to most people.  So the question that I wanted to raise is something that most computer consultants have probably asked themselves, “Should I use ‘tech talk’ on my IT services marketing calls?”  I think it’s a really good question because some IT guys may think that talking “geek speak” might impress upon their prospects that they really understand technology.  Others my come to the conclusion that talking over the heads of their potential customers might hinder the sales process.  I might be able to shed some light on this controversy because I recently went on one of our IT sales leads with a customer who was solidly in the camp that  believes in talking geek speak to prospects.

I can give you an inside view into the sales meeting that I mentioned above, but keep in mind that the meeting started out great.  The computer business owner I was accompanying was able to ‘warm up’ his prospect and they had a few contacts in common and the meeting was off to a great start.  The marketing presentation that this tech was making even hit some good notes with this prospect.  I was beginning to think that I was actually sitting in on a successful meeting that was going to turn into a customer for my client.

However, at the very end the meeting my client started explaining some very technical managed services issues that the prospect had commented  that he wasn’t really interested in.  This computer technician was on a roll explaining very complicated issues even as the prospects eyes stated glazing over.  Just when I thought he was watching the prospect for ques as to what interested him and what might be boring him to death, he actually ignored all the clues and pushed forward and started to draw IT diagrams on this marketing call.

I can report that this meeting that started out great and almost ended even better was completely knock off the tracks by getting too technical with a prospect because he didn’t understand the IT jargon and didn’t really want anyone to explain it to him either.  Now, the one caveat is that there are some potential customers out there that do understand all the technical “geek speak” and want you to get granular with them before they will believe you know what you’re talking about.  These type of prospects tend to be IT people themselves or executives that have worked with tech stuff for a long time and understand it very well.

The good news is that most people don’t fall into the category where they want to know all the gritty details.  So I can now say that I am in the camp that believes you never what to glaze your prospects eyes over by explaining technical jargon.  This is good because if you want to grow your business, then you’re going to have to hire sales people.  If your sales people are going to have to know all the tech details then that’s not going to work out very well… as great sales people are almost never very detail oriented.

If you want to get the best return from your IT lead generation campaigns then make sure that you never get too technical on your technology sales leads.