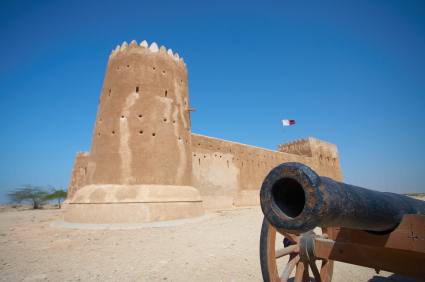 I just got back from the SMB Nation show in Las Vegas and had a chance to visit with a lot of computer consulting firms.  I was able to take an informal survey and was asking where most of them get their IT sales leads.  The number one answer, by far ,was referrals and the second most popular answer that we heard was that they were getting their leads from the Internet.  I have tried to delineate in past blogs how these type of leads are easier to close than telemarketing leads.  I believe that essentially selling a prospect that has called you and was ready to talk about all their pain points is just like raiding a defenseless village; where all the villagers lay down their weapons and are ready for you to take them over.  Of course IT services providers would love to get more opportunities like this, but there isn’t many more out there.  Most Villages have figured out that they will get taken over if they don’t have any defenses.  Now when a computer business owner starts a telemarketing campaign and begins running into prospects that are ‘happy-with-what-they-have’ these opportunities look more like a well defended fortress.  Since most technology firms are used to taking over defenseless villages these opportunities look difficult!

What makes a telemarketing lead more difficult and why do sales people see these as a daunting task?  First, someone that has asked friends for a referral or has gone out on the internet to research local computer repair firms is a company that is ‘broken’ and has gotten fed up with their current computer support solution.  Generally, once you find out what their pain points are and you’re able to convince them that you won’t make those same mistakes then you can pick up that business.  This is a fairly cut and dry process that doesn’t require a super salesman nor does it require the computer consultant to have a state-of-the-art service model either.

On the other hand, a telemarketing lead generally will turn up a prospect that is ‘happy-with-what-they-have’ which means they have a trusted advisor in place.  However, in the course of a phone conversation they had acknowledged that they do keep their options open.  These sales meetings are a little bit more challenging because they are a little more guarded about telling you about any problems they may be having with their current provider.   They usually are getting some fairly decent response times and for the most part their systems are well maintained.  In this respect these leads are a little more like a well defending fortress.

However, there is a reason we don’t see Fortified cities that often in our modern age…. it’s because skilled warriors devised tools for destroying walled defenses.  The key take a way is that once you realize that most villagers have erected fortifications and defending their villages then it’s time that you start getting some offensive weapons that can destroy these walls! What are these tools?  First and foremost, innovations are required in your service model to make sure you have state-of-the-art services!  Second you need to adapt your selling techniques so that you can aggressively go after prospects that are ‘happy-with-what-they-have’ more effectively.

Once you have made these improvements, then you’re ready to start raiding fortified villages that have real treasure!  Now you will be able to achieve a good ROI from IT lead generation and ensure that your IT services marketing campaign will be successful.