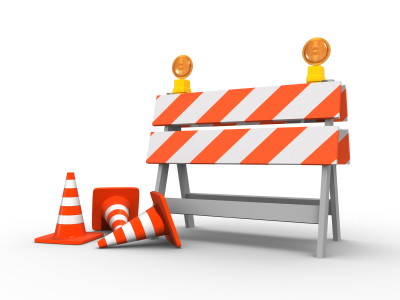 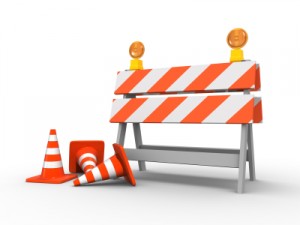 You’re prepped and mentally ready to put your best foot forward on the IT sales lead that your about to walk into then you ask for your contact at the front desk and have him paged.  The excitement is starting to build as you can feel this is going to be a great opportunity.  Then you see the prospect that the lead generation team set your appointment with walking into the hallway.  However, the party is about to come to an abrupt end as the contact says the dreaded words you hate to hear, “I didn’t set up an appointment”. Now here is the obstacle that has now blocked you from getting to the next step which could eventually lead you to a closed managed services deal.  The first  two questions that should be asked are what would you do in this situation and what ‘should’ you do in this situation?  The other burning question should be, is there an opportunity sitting right behind this obstacle?

You Must Be Prepared To Gently Push!

The easiest thing to do and also the most common thing that computer business salesman tend to do is instinctively blame the marketing agent that set up the sales lead in the first place.  However, this might be a mistake because some executives that did set a real appointment sometimes regret it or forget it.  However, if they did say yes on the prospecting call, then there must have been a reason even if it’s faded from this contacts memory.

The idea for the blog was sparked when the exact situation described in the introduction happened to me when I was on a sales training trip with a computer consultant that was using our technology sales leads.  My client didn’t say anything when the contact that we were supposed to meet came out and said he didn’t set the appointment.  However, I knew he really had because we do call recording on the confirmations.  This fact gave me the confidence to do what I am about to tell you next!

If I hadn’t been there when this had happened my client would have left and called to tell us we had set a bad meeting.  However, since I was there, then this became a teachable moment for myself, my client and everyone reading this blog.  I didn’t argue with this IT Director, but instead told him that I was not the one he spoke to on the phone.  I then apologized for any miss-communication that might have taken place.  He stated that he had another appointment and that is why he couldn’t meet with us.  Then I told him that since we were already there that perhaps he could at least meet us for five minutes.  The key to that approach is that I also told him that perhaps we really did have some services that might interest him and then we could set a follow up appointment meeting.

After I had made my plea for at least a five minute meeting he took a second look at us and motioned us back.  We were able to talk with him for more than five minutes and more importantly were able to garner his interest in a few of the services that their managed services firm was marketing.  In the end the IT director agreed to a follow up meeting were he was going to let my client go back and do a network analysis.

Therefore the answers is that the knee jerk reaction to blame the telemarketing agent for this sales leads is the wrong thing to do.  In reality there could be a great opportunity behind a negative prospect that doesn’t think they had an appointment or even feels the telemarketing was negative somehow.  So don’t look for opportunity to prove that IT telemarketing is doing a bad job but rather look at this as a opportunity to prove that the lead generation team did get you in front of a good prospect, but you need to push through the obstacles to get to your marketing goals.

If you are marketing IT services by using technology sales leads then get ready to run into a situation described above… get ready to politely push them into the meeting.  Make sure that no obstacles are going to stand between you and your financial success.