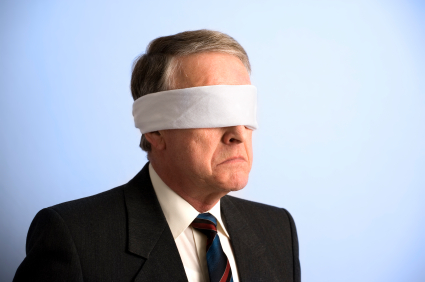 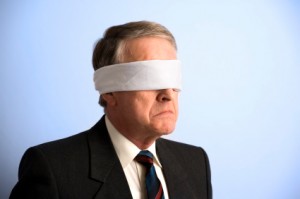 “This company just doesn’t have the budget to afford our services!” This is a comment I hear from time to time from computer business owners after they have run one of our appointments, were they were marketing IT services.  I often ask if the prospect directly said that they didn’t have a budget and most of the time computer consultants respond that they could just ‘tell’ from the look of the end users building or by how the employees looked at that company.  I often wonder if they have x-ray vision to see into the books of the businesses they are visiting or if they can read minds.  One time I had a technology firm refuse to pay for a sales lead because they said the prospect didn’t have a budget.  Therefore I ended up giving this exact same lead to another computer repair business, who reported back that they had sold the account!

It’s Best To Turn A Blind Eye To How Sales Leads ‘Look’!

In my past I worked in retail and for some reason it was drilled in to my head to never prejudge customers by how they acted or dressed.  I think it was the stories of  Howard Hughes who was a billionaire that toward the end of his life dressed horribly, but still had a lot of money that stuck in my mind the most.  One time I had a shabbily dressed man come into the mens retail store where I worked looking for Suits.  I remember noticing that he looked like a homeless man, but I gave him the same service I would have given anyone else that had appeared to have money.  To my surprise he came to the sales counter with multiple garments that he had selected to purchase…. I ran his credit card and it was approved.  Then he informed me that he was a college professor and that the Airline had lost his luggage.  He complimented me on the service I had given him that none of the other stores had!

I had a conversation about prejudging prospects recently with the President of Quosal at the SMB Nation show in Las Vegas.  It was very interesting to discuss this concept with Kent McNall and get his viewpoint.  I started our conversation telling him how one of my computer services clients had failed to get at least 5 proposal out to IT prospects that told us they were waiting for them.  His failure to follow up on these proposal requests destroyed any chance he might have had getting a return from his investment in technology sales leads.  I relayed the experience at the outset of this blog and asked if he thought computer sales people were prejudging their prospects and just deciding it would be a waste of time to send out a proposals.

He agreed with my viewpoint that prejudging was one of the main ingredients that caused managed services marketing people not to send out proposals to potential buyers.  However, he added another reason that when combined with prejudging was even more explosive.  He let me know that the average technology provider takes from 3hrs to half a day to finalize a managed services proposal.  I could see that if you had any doubt in your mind that a prospect had either no money or was a tire kicker that when you started thinking about the hours you would have to spend working on a proposal that it might not get done.

The problem is the same that we outline in the beginning, you never know who really has the money or who is really going to buy from you.  So if you want to make sure that you never miss an opportunity to get a good ROI conversion from your IT lead generation / telemarketing, then make sure you always turn a blind eye to their circumstances and just send out a proposal when prospects asked for one.  If you want to cut down the time it takes doing this then talk with the guys over at Quosal and automate your proposal process so you can set your marketing on fire!