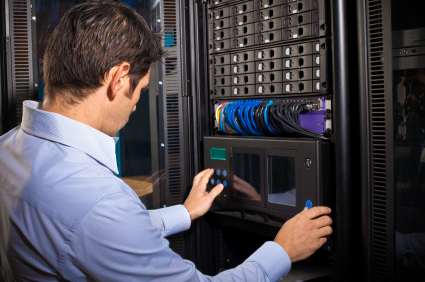 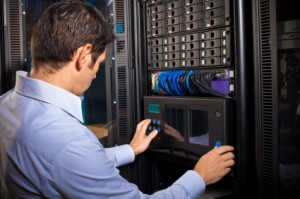 Sometimes computer business owners can be their own worst enemy, when it comes to marketing their company in general or more specifically when they are trying to utilize a telemarketing service.  We don’t want to beat a dead horse about the differences between top of mind leads and latent needs prospects; but this old issue just keeps cropping up and hurting the chances of IT sales people from closing latent needs opportunities.  The issue here is that when you have a marketing  prospect that has a top of mind need or is very needy then getting them to give you total access to their network for a network analysis is pretty easy to do.  However, the exact opposite is true when you’re meeting with a prospect that only has latent needs.  Then your chances of getting them to let you have total access to their network passwords and servers is slim to none!  The problem is that if you’re hung up on getting a network analysis before moving on to the proposal phase and you can’t get the network analysis scheduled, then you’re going to waste precious time and allow the lead to slip through your fingers. So the question really is how do we know that it is difficult to get a latent needs prospect to give you access, so you can get the network analysis and why could it kill your opportunities?

I was recently on a sales coaching call with a computer consultant that gets their IT sales leads from us, during this call this consultant was able to get started on a network analysis after a very positive presentation.  However, when we got around to looking at the server room and the tech was asking for the network password we got a little friction from the end users and  just told us he didn’t remember the password.  After we performed the follow up and suggested on the phone that we could make a second attempt at finishing the network analysis on the second meeting then he said, “I don’t know you guys from Adam, I can’t let you into my server!” With that statement the truth had just been revealed for us to share with everyone else.

When you can get into the heads for your prospects and think like they do, then you’re going to have much more success selling your technology services.  Now it should be obvious with the statement above from this open minded end users who had stated that he was ‘happy with what he had’ but willing to look, that he was not so desperate that he would let anyone off the street have access to his network.  It is interesting that when we were on-site he didn’t want to tell us the truth but instead came up with an excuse that he didn’t know his password.

In terms how we know that trying to stick with the process of getting network analysis done and not being versatile enough to just move around the issue is detrimental to your sales; is because of one situation we can relate.  A computer repair firm that had a good meeting with a prospect that was set up through IT lead generation; but when we did the follow he wanted us to set up a meeting for him to do the network analysis.  This prospect was willing to meet to get a proposal but wouldn’t meet to do a network analysis unless the President approved it.  Well, to make a long story short, after many follow up attempts we have been unable to get any word from the President that he would authorized a network analysis.  Lots of time has gone by and any interest this prospect might have had after the initial meeting had disappeared.

In our next blog we will discuss the proper way to get around this thorny issue and still cover yourself from the nasty little remediation issue.

John Black is the Marketing Director at MSP Telemarketing and has over 10 years’ experience in IT marketing on behalf of computer support providers and VARs to help them get more IT leads that turn into IT sales!